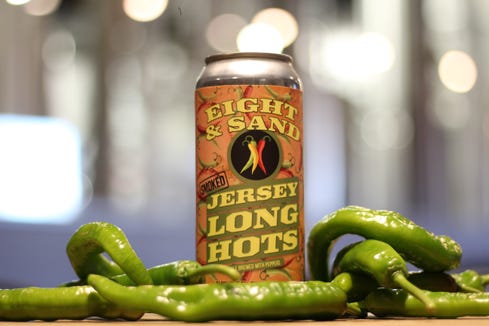 OK, so the Irish just had their big moment (we told you about all those Jersey breweries tapping special beers for St. Patrick’s Day), and the Germans get their beer moment … well, every day, right?

Now it’s time for the Polish people to take their rightful place at the tasting room bar.

The folks at the award-winning South Jersey brewery Eight & Sand Brewing Company in Woodbury have a little something special planned for the weekend – a kielbasa beer!

OK, to be clear, this beer does not actually contain any meat products (we’re kind of relieved about that), but one die-hard fan who tasted a previous batch of Eight & Sand’s Smoked Jersey Long Hots beer declared the taste like of the beloved Polish favorite.

More: In the center of Camden, a church honors Polish Catholic history

”People thought there was kielbasa in it,’’ Burke said. “There is not obviously, it’s just that same wood smoked flavor. We did have some people garnish it with slice of kielbasa and send the photos to us, you know like it was a slice of lime.’’

“We originally had it out just as a smoked wheat beer, a real old German-Polish style of beer, a wheat beer with a smoked profile. Then one of our bartenders here who is now a manager had the idea about a year ago of putting some long hots in it. We did a gallon cask and we all really loved it.’’

Burke describes it as a “flavorful and balanced heat, definitely not as hot as some habanero beers I have had, but more of a balanced beer with all the smoke and the peppers.’’

“We’ve done small batches with it in the past,’’ Burke said on Tuesday, after finishing the canning process. “It’s a type of beer hardly anyone makes anymore. This looks very light, like a Blue Moon, and the malt is smoked to get that flavor. It’s a light drinking, pale beer.’’

This isn’t the first time Eight & Sand has woken up craft beer lovers to some chili pepper action. 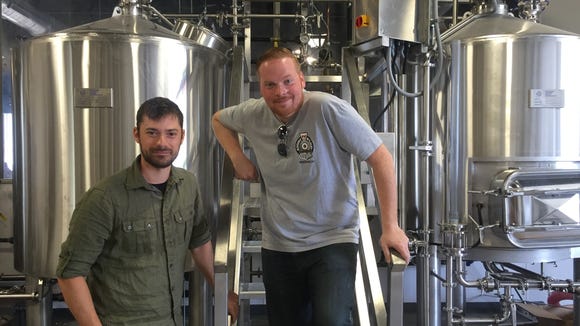 In 2017, the Burke and co-founder Chris Mazzone took home a Silver Medal from the Great American Beer Festival for its Bad Hombre (6.2 ABV). Inspired by the language choice in one of President Donald Trump’s border wall speeches, Bad Hombre is a dark milk stout, brewed with Mexican (Ceylon) cinnamon, Madagascar vanilla, Square One coffee and Serrano peppers. It won second place in the chili beer category in the first year Eight & Sand was qualified to compete.

And soon, fans can look for the return of Space Force, a double IPA that sold out really quickly in its first release. It will return in April on draft and in cans, Burke said.

This spring, also anticipate some sours, including a beer brewed in honor of International Women’s Brew Day, part of the brewery community’s Pink Boots celebration of women in the beer industry.

“All the women that work for us will be here tomorrow and brew a sour with boysenberry’’ that will be available at Pink Boots events throughout the region.

While Burke is enthusiastic about Smoked Jersey Long Hots, he admits it’s not for everyone.

“With the chili pepper beers, for some one four-ounce pour is enough for a lifetime, while others just can’t get enough!’’ 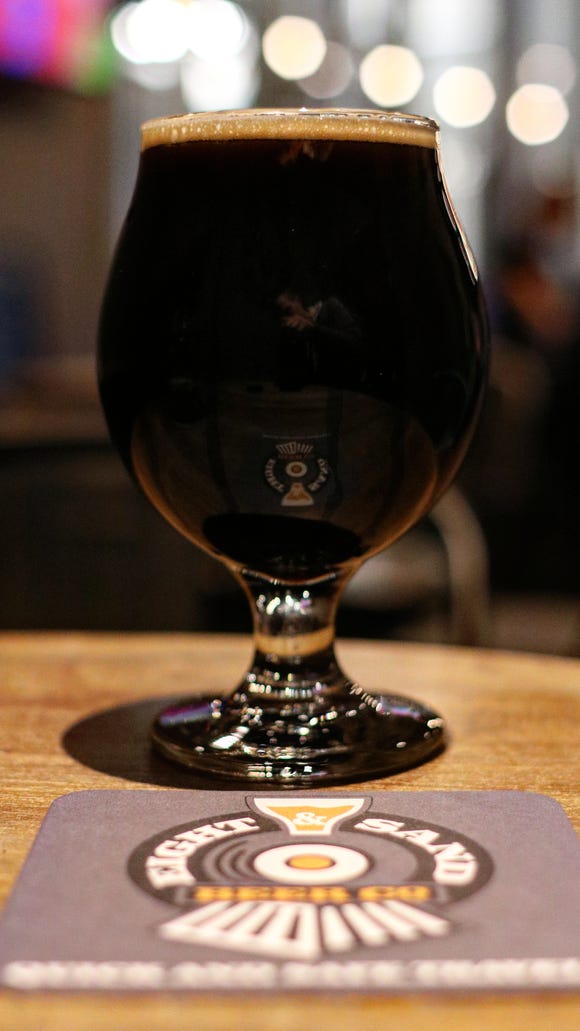 Eight & Sand is located at 1003 N. Evergreen Ave., Woodbury. Visit www.facebook.com/events/218548535684412 for release updates and www.eightandsandbeer.com for more info on the brewery.