Hammonton to honor Miss NJ as citizen of the year

The Hammonton Lions will hold its 27th annual Citizen of the Year awards dinner at Tomasello’s Winery.

Hammonton to honor Miss NJ as citizen of the year 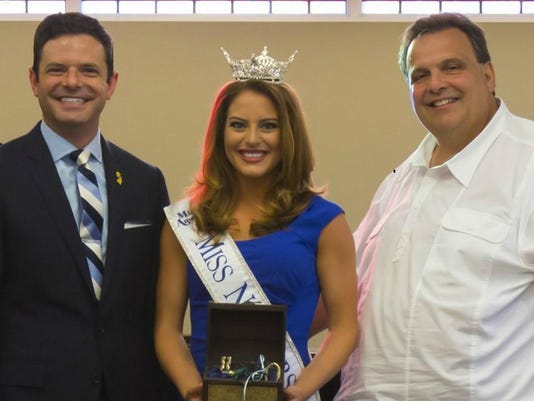 The Hammonton Lions will hold its 27th annual Citizen of the Year awards dinner at Tomasello’s Winery on the White Horse Pike in Hammonton on Thursday, April 14, at 6:30 p.m.

Miss New Jersey Lindsey Giannini will be honored as the 35th recipient of this award.

A 2012 graduate of Hammonton High School, she enrolled at Rowan University with the goal of a career in broadcast journalism (sports reporting). She is the daughter of Chris and Debra Giannini, and granddaughter of Vincent and Josephine Giannini.

Here are just some of her accomplishments: 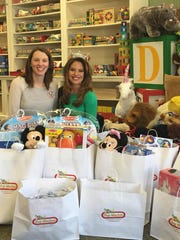 •Designed and provided permanent “Stay Alive…Don’t Text and Drive” street signs; placed first throughout the Town of Hammonton and ultimately in communities throughout the State of New Jersey. Presented resolutions to municipalities resulting in significant awareness to the dangers of distracted driving

•Was instrumental in providing “Stay Alive…Don’t Text 7 Drive” signage, now found in 17 states and 3 countries to spread the urgent message against distracted driving. Has spoken before thousands of children, young adultsa, adults and political and law enforcement officials in multiple states to raise awareness of the dangers of distracted driving.

•Endorsed by the New Jersey State Association of Police Chiefs. 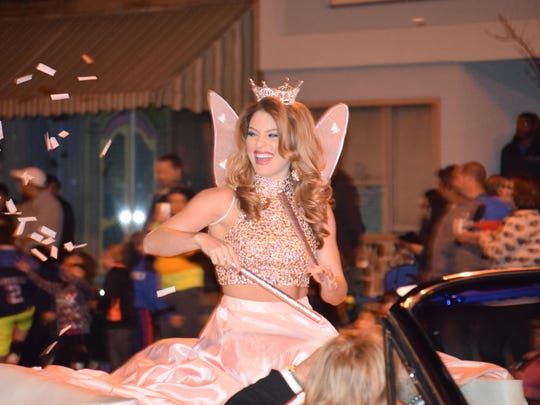 •Created, lead and delivered programs to 5,000 high school students at 40 of AtlantiCare’s “Prevention in 3D” programs focused on Drinking, Driving and Drugs.

•Competed as Miss New Jersey in the 2016 Miss America Pageant:

•Winner of the prestigious National Miss America “Quality of Life” Award for exemplary community service; awarded to only 1 of the 52 state title holders competing in Miss America Pageant.

•Maintains a rigorous community service schedule as Miss New Jersey, serving as a role model for the youth and a representative of the State of New Jersey to communities throughout New Jersey and America

The selection committee felt that in this year of the sesquicentennial we wanted to recognize a young person who is a great role model for other young people in the community to encourage them to be good citizens and volunteers. The causes she has embraced and promoted vigorously have reflected well on Hammonton and as Miss New Jersey she continues to show Hammonton in a very positive light.