Classic car enthusiasts came to the Jersey shore from all over the country this past weekend to participate in GPK Auctions 43rd annual Classics in Atlantic City Car Show and Auction. 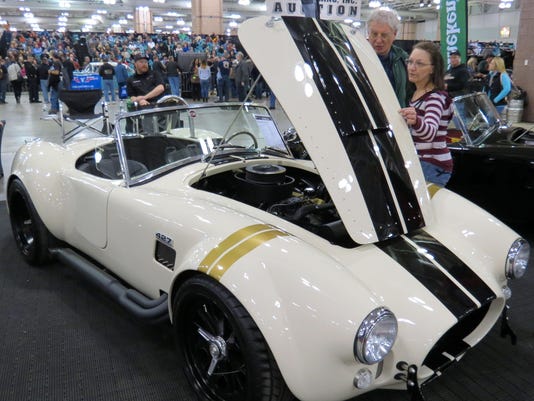 Quakertown resident Luann Roberts and her friend John check out what's under the hood of a 1965 model year replica of a Backdraft RT3, priced at $39,900.(Photo: Photo/Eileen K Balesteri)

ATLANTIC CITY - Classic car enthusiasts came to the Jersey shore from all over the country this past weekend to participate in GPK Auctions 43rd annual Classics in Atlantic City Car Show and Auction.

The three-day event began on Friday with more than 400 classic cars for sale, and wrapped up on Sunday with some driving home in their new cars while others were counting profits from the sale of their classic vehicles.

Many of the attendees enjoy tinkering with their own classic cars at home.

“I’m in the heating and air conditioning business,” said Larry Tekel of Rockland County, New York. “I have a ’65 Chevy Malibu at home that I love working on. This place is like a candy shop for me!” 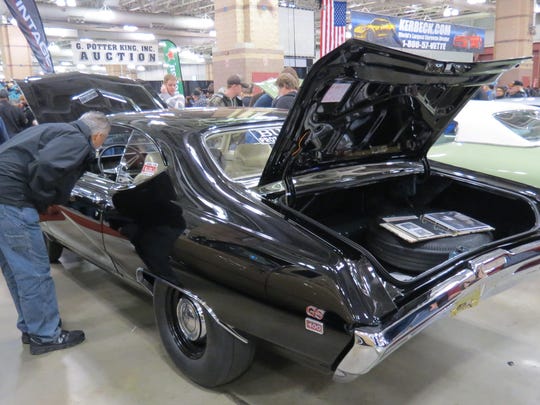 That sentiment seemed to be echoed throughout the day as attendees reminisced over seeing models of their first car or look-alikes of their childhood family car. “I have a 1972 Oldsmobile, but I left it home,” said Art Collins of Mantua. “This is what I grew up with. This is what I know.”

While winding through the treasure trove of classic beauties, it was easy to feel like someone had turned the Atlantic City Convention Center into a giant Matchbox Cars case with the wide variety of classic vehicles combined with colorful, customized hot-rods, which were undoubtedly designed to turn heads or win races.

In addition to the traditional classic cars, vehicles from beloved childhood television shows and movies were everywhere. Speed Racer’s Mach 5 was set up just across from one of the original Batmobile’s from the 1960s television series. Scooby Doo’s Mystery Machine made an appearance, too, along with the Flintstones boulder-wheeled car and a Disney’s cars classic favorite, Mader the pickup truck. Not to be outdone by the other famous cars, Konnor Episcopo let the horn out on the iconic General Lee from “Dukes of Hazard” fame, to the loud, familiar, short version of Dixie, much to the delight of the crowd. 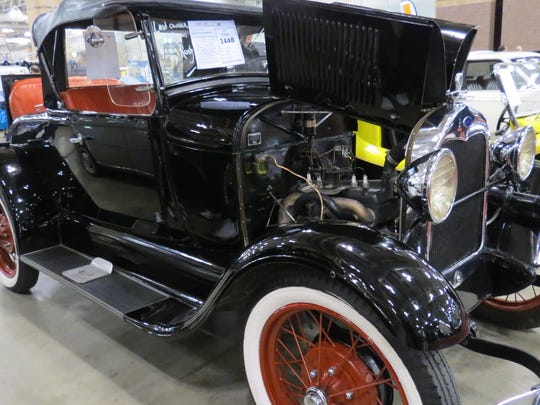 In another area of the 500,000-square-foot convention center, Frank Drift of Skillman was making an offer to purchase Connecticut resident Michael Sweeney’s 1955 GMC Napco, four-wheel drive truck for $36,000. 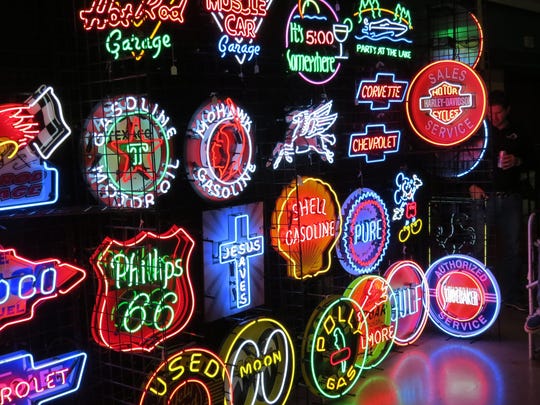 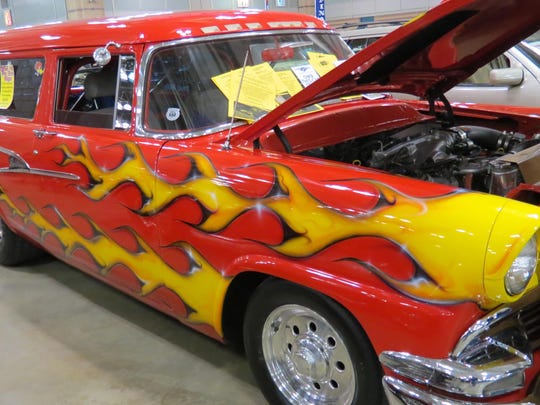 Konnor Episcopo lets the familiar Dixie tune blast from the General Lee's horn, much to the delight of onlookers. (Photo: Photo/Eileen K Balesteri)