The sound of clashing swords filled the air in Historic Smithville on Saturday as the Renaissance Faire swung into action.

A sword fight competition during the Renaissance Faire.(Photo: Photo/Hannah Fox)

The sound of clashing swords filled the air in Historic Smithville on Saturday as the Renaissance Faire swung into action.

As visitors walked around the Village Greene, they were serenaded by wandering minstrels and greeted by participates in complete Renaissance garb.

More than a dozen tents held homemade products such as soaps, dream-catchers and jewelry. Also available were fresh-popped kettle corn and roasted nuts. 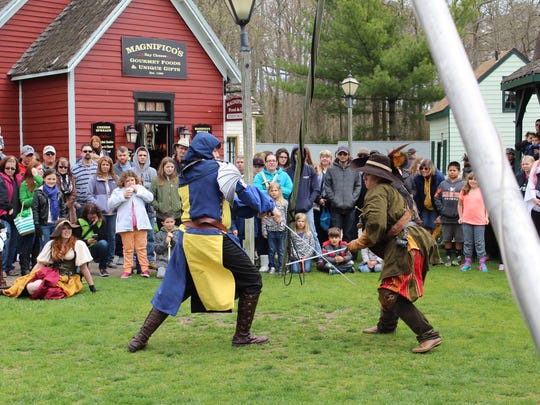 One of the events biggest draws was the William Shakespeare impersonator. Shakespeare roamed the faire greeting visitors until it was time to perform his children’s show.

The children’s show started with the audience stomping and clamping to the beat “We Will Rock You”, as Shakespeare sang several children’s songs, such as “Twinkle, Twinkle” and ABCs to the beat.

Shakespeare then launched into a condensed version of “Romeo and Juliet” with the audience serving as the actors. The show went through several Romeos, but Juliet was constant. 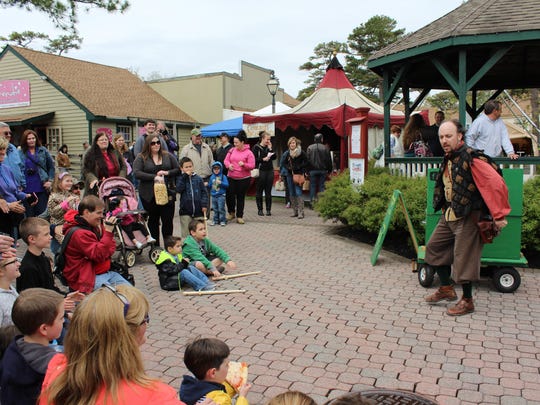 Another big draw was the sword battle held on the Greene. Participants “fought” each other to score a point and win the match.

Also, visitors had the chance to test their archery skills with Warpath Archery and listen to the sounds of Celtic folk music by Unseelie Revelry.