Downtown Hammonton has a marketplace and more in the mART.

HAMMONTON - Downtown Hammonton has a marketplace and more in the mART.

April Schenk, owner of the mART, was excited to see how everything was coming together at the official ribbon cutting on Thursday.

“We can have up to 13 vendors and we only have a few more spots open,” said Schenk when discussing the layout of the mART.

The mART is a co-op and marketplace where artists of all mediums can come to sell their products. Also, there is a stage where Schenk plans to have local musicians perform. 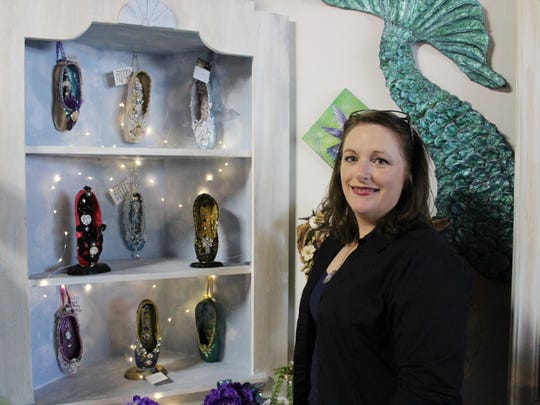 Theresa Pavesi, one of the vendors in the mART, stands in front of the display of her ballet slippers. (Photo: Photo/Hannah Fox)

One of the first vendors to sign on to sell at the mART was Dianne Kelly, whose business is called Tossed and Found. Kelly takes items she has found and repurposes them.

“I was looking for a new home for my business when I was told about April,” said Kelly when describing how she heard about the mART. After speaking to Schenk, Kelly knew she wanted to be a part of the marketplace. 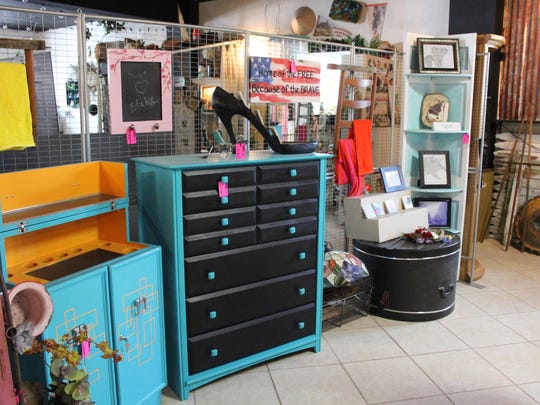 Some of the items for sale by MidLife Studio located in the mART. (Photo: Photo/Hannah Fox)

Theresa Pavesi is another vendor at the mART, whose business is called She Believed. “This has been my dream,” said Pavesi about her shop. Pavesi sells several different mediums, but her current passion is taking ballet slippers and creating pieces of art out of them.

The mART also will be a place for the community to gather. A teen party was held there on Saturday night and a mini yoga fest is scheduled for June 2 from 10 a.m. to 8 p.m.

The mART is open Tuesday through Saturday from 11 a.m. to 8 p.m. and on Sunday 11 a.m. to 5 p.m. It is located at 18 Central Ave, right off of Bellevue Avenue. To learn more about the mART, please visit www.facebook.com/themarthammonton. 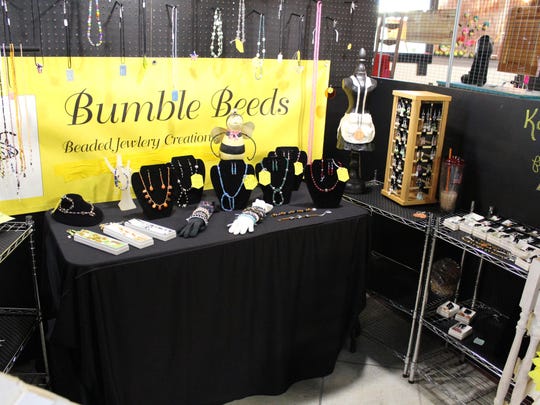 Bumble Beads, one of the shops in the mART, sells homemade jewelry. (Photo: Photo/Hannah Fox)