St. Joseph’s Joe Schipsi delivers during a 7-5 triumph over Ranney on May 26.(Photo: Kristian Gonyea/Photographer)

Non-Public B South first round

St. Joseph 7, Ranney 5 – Salaam Horne had a triple, two singles and three stolen bases to lead the third-seeded Wildcats past No. 14 Ranney.

Mike Panichelle added two hits, an RBI and a run scored and Jake Brennen picked up the win.

Lenape 7, St. Joseph 5 – Brennen and Crowley both drove in two runs in the Wildcats’ loss.

St. Joseph scored three runs in the fourth inning to take a 3-2 lead, but Lenape answered with four in the top half of the fifth to regain control.

Coming up – The Wildcats were slated to host No. 6 St. Rose in the quarterfinals on May 31. The game ended too late for publication. The winner will play either No. 2 Holy Cross or No. 10 Immaculata on June 3. 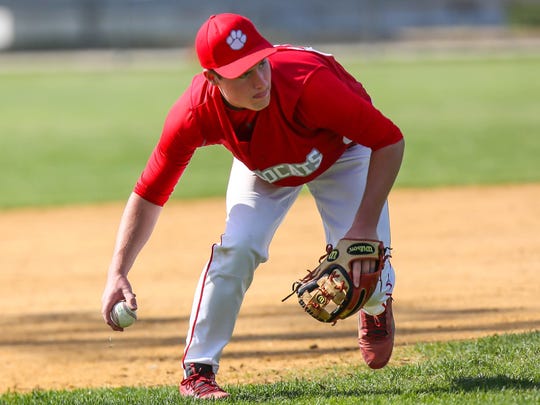 St. Joseph’s Steve Brady fields a grounder during a 7-5 win over Ranney in the opening round of the Non-Public B South playoffs on May 26. (Photo: Kristian Gonyea/Photographer)

Sara Raubertas had three hits, including a homer, and drove in three runs, and Lauren Rutt added two RBIs. Taylor Sirolli allowed three runs on nine hits while striking out seven in a complete-game win.

Coming up – The Wildcats are waiting for the winner of No. 1 Wildwood Catholic-No. 8 Calvary Christian, which was scheduled for May 31. St. Joseph is expected to play on June 3. 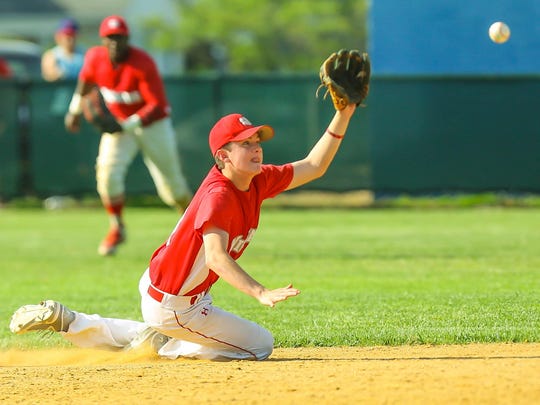 St. Joseph’s John Payne makes a sliding catch during a 7-5 triumph over Ranney on May 26. (Photo: Kristian Gonyea/Photographer)

Coming up – The Wildcats will take part at states, hosted by North Burlington, on June 3-4. 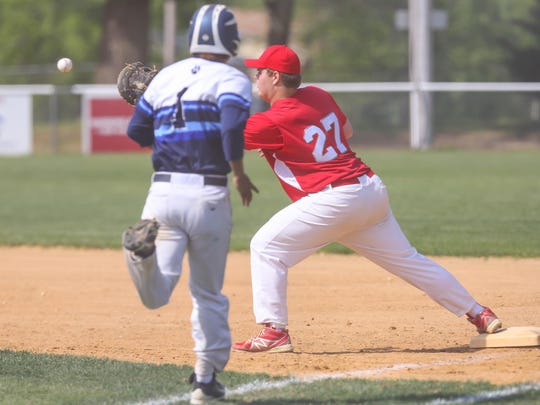 St. Joseph’s Ryan Sigloch gets an out at first base during a 7-5 victory over Ranney on May 26. (Photo: Kristian Gonyea/Photographer)

Coming up – The Wildcats will take part at states, hosted by North Burlington, on June 3-4.