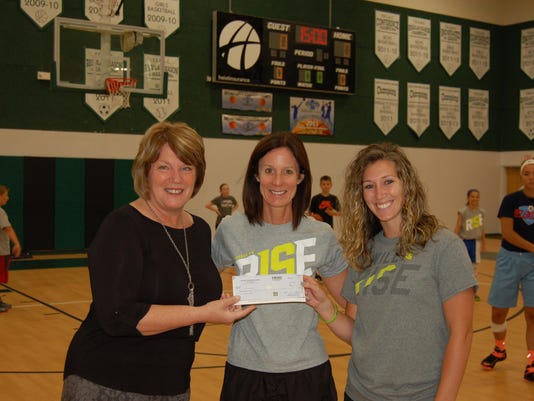 The check presentation was made on June 23 during the FCA Power Camp held at the ACS campus. More than 60 boys and girls from Atlantic and Cape May counties, who ranged in age from 7 to 12, attended the Power Camp, which provided skills training in six sports — baseball, softball, basketball, speed and agility, soccer, and dance.

For more information about additional FCA Summer Camps, go to www.fcacapeatlantic.org. Atlantic Christian School, an independent, non-denominational school founded in 1971, is dually accredited by the Middle States Association of Colleges and Schools and the Association of Christian Schools International and educates children from 6 months to the 12th grade. For more information, please contact Carole Karabashian at (609) 653-1199, ext. 323 or ckarabashian@acseht.org.