It was a peachy day here on Saturday as the town celebrated its fourth annual Peach Party.

Visitors enjoy the day at the Hammonton Peach Party, which was held on Saturday.(Photo: Photo/Hannah Fox)

HAMMONTON - It was a peachy day here on Saturday as the town celebrated its fourth annual Peach Party.

“If we were going to have anything, we wanted to make it a big party and call it a peach party.” said Linda Cashan, owner of Casciano’s Coffee Bar & Sweetery and Kitchen 19, along with being one of the organizers of the event.

The party was held in the Vine Street parking lot behind Casciano’s Coffee Bar and Sweetery and included a live band and more than a dozen booths for visitors.

Paula Paretti and her daughter Tiffany, ran the children’s activity booth during the Peach Party on Saturday. (Photo: Photo/Hannah Fox)

One of the booths was for children’s activities, which included a guessing game where you had to find the peach, coloring books and more. The booth was run by Paula Paretti and her daughter Tiffany.

One of the main attractions was a peach pie contest, where judges selected the best tasting peach pie. The winner of the contest was Renee Krell of Hammonton. “I really enjoy baking at home and have taken a few cooking classes online,” said Krell.

Krell referenced a peach pie recipe, but added a few extra touches to make it her own. “I really like brown sugar and I had some maple syrup that I wanted to use, so I added those to the recipe,” she said. 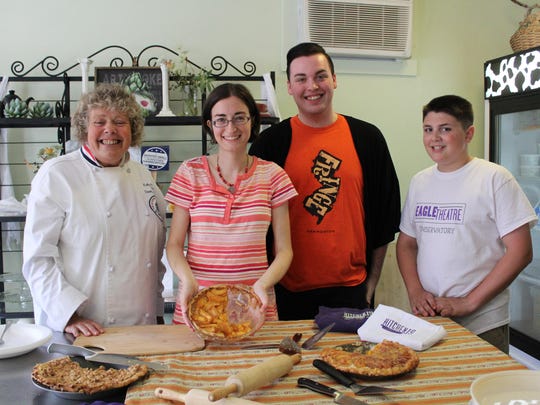 Renee Krell (holding pie) was the winner of the Peach Pie contest ,which was held on Saturday during the Peach Party. She stands with judges (left to right) Kelly McClay, dean of the Academy of Culinary Arts at Atlantic Cape Community College, J.T Murtagh and Ben Silvesti, 12. (Photo: Photo/Hannah Fox)

One of the judges included Kelly McClay, the dean of the Academy of Culinary Arts at Atlantic Cape Community College. McClay was very impressed with Krell’s pie.

“It looks very simple but the flavor was incredible,” said McClay when telling Krell why she won.

The party extended across the street into the Eagle Theatre, where there was a Miss Peach Queens display that included memorabilia and photos from the years when Hammonton crowned a Peach Queen.

Caroline Kosowski Farinelli, who was crowned Peach Queen in 1949, was in attendance at the display. Farinelli also was named Miss Hammonton in 1950. 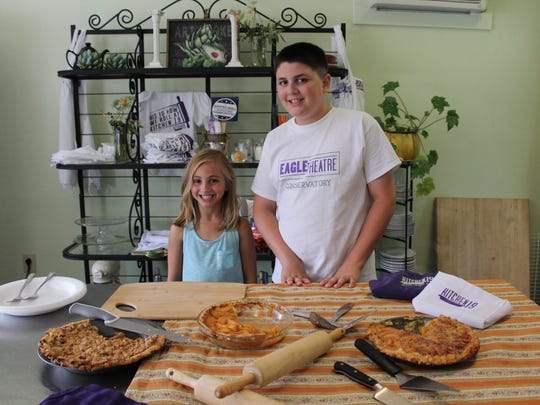 Ben Silvesti, 12, who was a judge for the peach pie contest, stands with his sister Ashlyn Silvesti, 7, after the contest was over. (Photo: Photo/Hannah Fox) 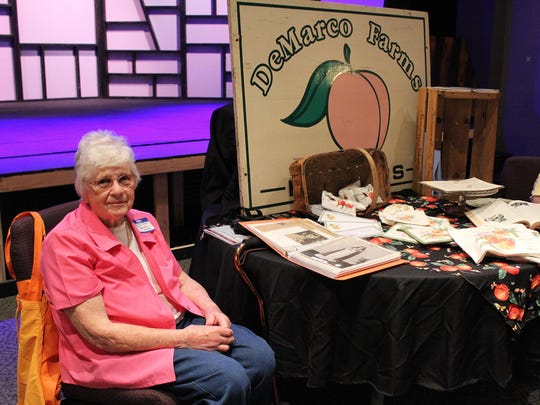