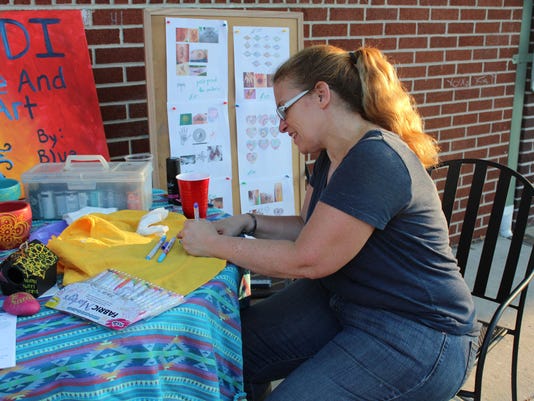 Chef Lisa Edson does crafts outside of the mART on Third Thursday in Hammonton last week.(Photo: Photo/Hannah Fox)

Kramer Hall celebrated the theme with a traditional hand-weaving craft. “Weaving is a very big art in Latin American culture,” said Ginna Petrillo, a staff member at Kramer Hall. The craft they choose to weave was a coaster — a simple and quick project that could be finished in about 45 minutes.

Concetta Stoto decided to attend the event when her friend Aurora Boyette suggested it. “I spin my own wool at home and I weave and knit,” said Stoto. 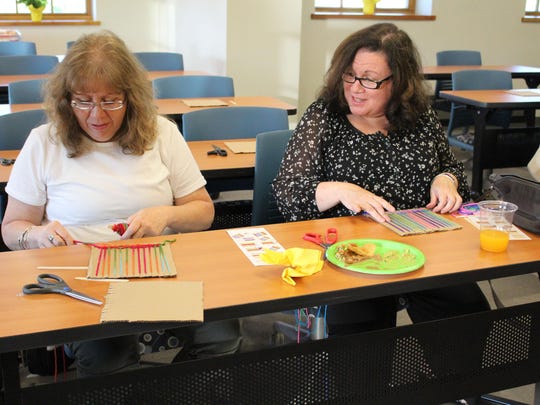 The Noyes Museum of Art celebrated the night’s theme with a craft. It chose to make a God’s eye, or a Ojo de Dios as it is called in Spanish. “It is a historical and spiritual tool” said Katie Simkins, Assistant Director of the Noyes Muesum.

The God’s eye craft consists of two pieces of wood tied together in a cross shape. Yarn is then wrapped repeatedly around the center and outward until the yarn reaches about three quarters of the way from the center to the end.

Visitors to Third Thursday had the chance for a special treat at the bakery Sweet Creations. “For tonight we made mojito cupcakes and mock mojitos,” said Robin Penza, who runs her business The Cookie Cutter inside Sweat Creations, which is owned by Jill Wong. 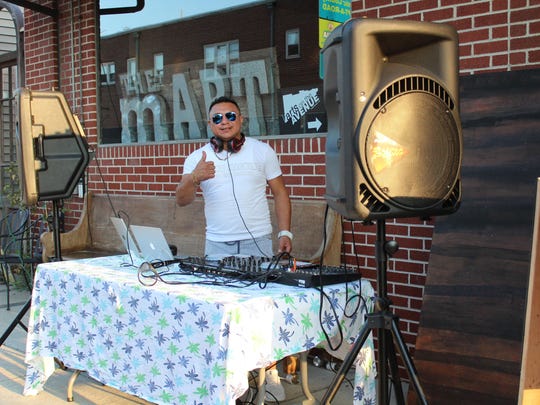 DJ Cruz of Sound Machine plays outside of the mART on Third Thursday on Aug. 18. (Photo: Photo/Hannah Fox)

Other Third Thursday happenings included Penelope’s Traveling Fashion Boutique outside of El Mariachi Loco, DJ Cruz playing outside of the mART and Queen Elsa outside of La Mia Couture Boutique.

Next month’s Third Thursday theme will be “Putting on the Ritz” on Sept. 15 from 6 p.m. to 9 p.m. Kramer Hall also will be holding its opening reception for its new sesquicentennial exhibit, which will focus on agriculture in Hammonton, on that same night as well. 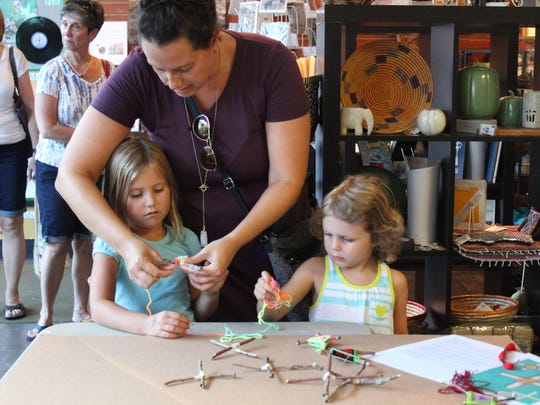