Thunder roars over the beach

Excitement soared as the USAF Thunderbirds roared across the skies at the 2016 Atlantic City Airshow on Aug. 17.

Thunder roars over the beach

ATLANTIC CITY - Excitement soared as the USAF Thunderbirds roared across the skies at the 2016 Atlantic City Airshow on Aug. 17.

The demonstration squadron of the United States Air Force amazed spectators as they performed maneuvers in their F-16C Fighting Falcons. They flew in the diamond formation and showcased their precision with opposing solo stunts over the Atlantic Ocean off Atlantic City. 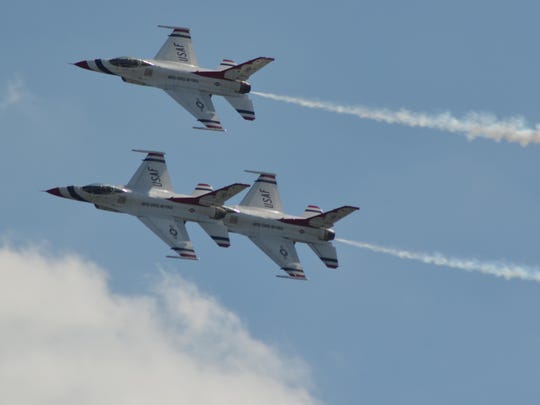 The USAF Thunderbirds were the main event at the 2016 Atlantic City Airshow on Aug. 17. (Photo: Photo/Jodi Streahle)

“It was an extremely successful show this year,” said Kelly. “ Our estimated attendance is a little over 450,000. We saw it being a bit larger than the prior year, which we had anticipated because the mid-August date has always been a strong date for us. It has always been the logic of the air show to try to drive midweek business, and I think we have been successful at that.”

Spectators claimed their spots along the shore hours before the free airshow began. They watched from the boardwalk, the beach, the water and from rooftops. Also, boats with spectators lined the airshow boundary.

Many, like Andrew Martin, 11, of Williamstown, were impressed by the day’s aerobatics, but they were really waiting patiently for the Thunderbird finale. 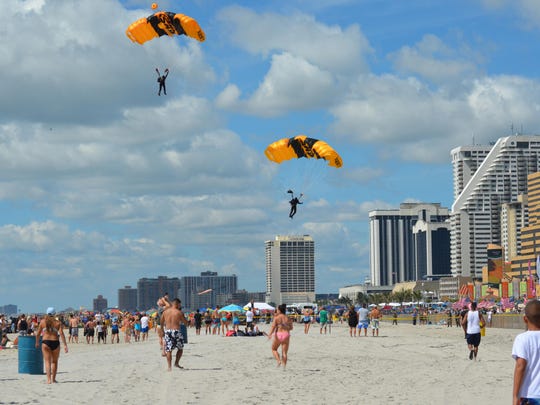 The US Army Golden Knights land on the Atlantic City beach during the 14th Annual Atlantic City Airshow on Aug. 17. (Photo: Photo/Jodi Streahle)

“It’s cool, but I can’t wait for the Thunderbirds,” said Martin. “The Osprey was pretty cool, too.”

The Atlantic City Airshow was one of only four demonstrations for the USMC MC-22 Osprey in 2016. Spectators had plenty of time to admire the massive aircraft as it hovered above the Atlantic Ocean and moved up and down the coast. 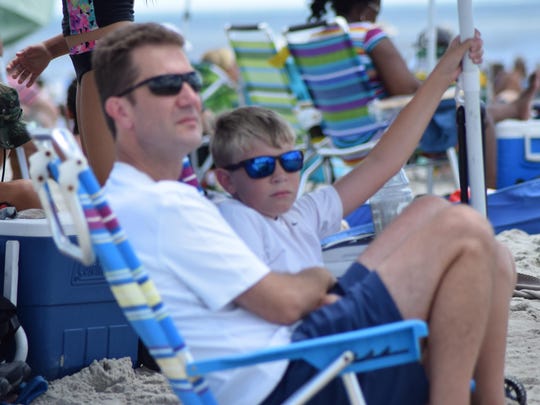 The Geico Skytypers thrilled the crowd with precision maneuvers in their squadron of six vintage World War II aircraft, and they also raced the Miss Geico speedboat. The air show featured a host of aerobatic acts like the Rob Holland MXS demonstration, P-51 Mustang demonstrations by Jim Beasley Jr. and Andrew McKenna, and the Lee Leets Tucano demonstration.

Karen Honeker of Toms River brought her sons, Brian and Kevin Honeker, to the show for the third year in a row. They favor the smaller aerobatic acts and love the setting. “We enjoy watching the show, and it’s a perfect beach day,” she said.

Mimi Mukuma came down from Philadephia for the air show. “It’s perfect with the sun, water and planes,” she said.