Third Thursday steps back in time

Downtown Hammonton stepped back in time on Thursday night for a Bellevue Empire-themed Third Thursday.

Third Thursday steps back in time

April Schenk, owner of the mART (left), poses with Christopher Healey and Kate Barbatto in front of a wooden car from 1925.(Photo: Photo/Hannah Fox)

HAMMONTON - Downtown Hammonton stepped back in time on Thursday night for a Bellevue Empire-themed Third Thursday.

The mART was turned into a Deco Speakeasy for the occasion and visitors were able to join in the fun by learning how to do the Charleston to tunes from the 1920s.

For a special treat, owner April Schenk prepared hors d’oeuvres with her very own SASS sauce, which will soon be available for purchase. “It started out as a sauce for tacos, but then people started putting it on everything,” said Schenk. SASS sauce will be sold at the mART, Bleachers and other local stores. 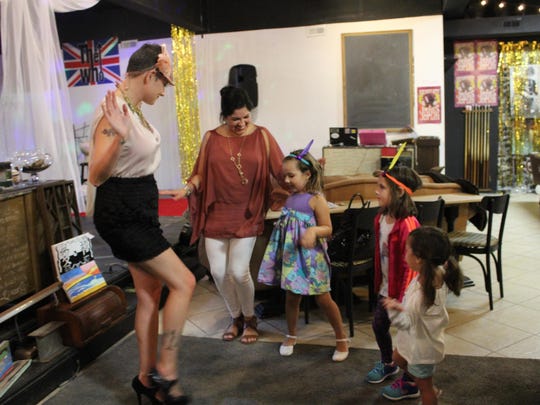 Outside of the mART, a wooden car made in 1925 was parked. “It’s a wood car, it is cool. I like to get coffee in it,” said owner Steve Carr, who bought the car four years ago from a friend.

Around the corner, the new acting company Citizen Staging set up a table and were selling tickets to its upcoming production “Eclipsed: A Masquerade Murder Mystery.”

The performance will take place on Oct. 29 at 6 p.m. at the Frog Rock Golf and Country Club. For more information, view Citizen Staging on Facebook at www.facebook.com/citizenstaging or call (609) 878-8748.

Next month’s Third Thursday theme will be “Savor the Season.” To learn more about upcoming events in Downtown Hammonton, please visit http://www.downtownhammonton.com/. 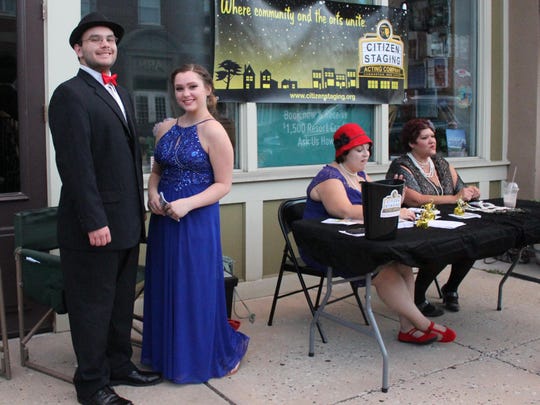