Halloween Fun Day is a treat for all in Buena Vista

Halloween Fun Day is a treat for all in Buena Vista 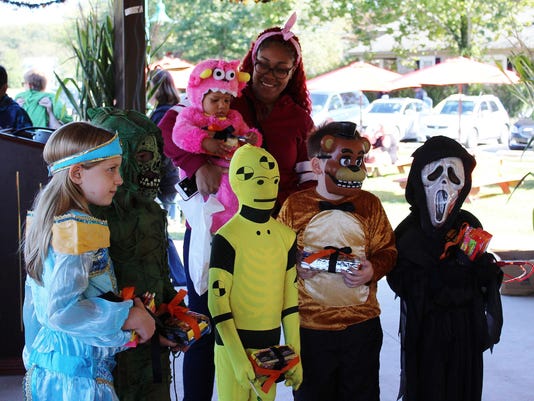 Karoline Beddia, 3, came dressed as a firefighter. “She wants to be something different every day, so we let her choose her outfit from her dress-up chest,” said Kim Beddia, Karoline’s mother. “It’s the first year that she gets the whole trick-or-treat thing so we are trying to make the most of it,” said Beddia as Karolina played one of the various games that was set-up for the day.

Some of the costumes included:

• Two Screams, one that included a mask where “blood” could be pumped through

After playing games and enjoying the food, the children were invited to participate in the Halloween Costume Parade. The children and their families paraded around the park twice, where several volunteers were stationed throughout to hand out candy.

Once the parade was over, the judges were given the impossible task of choosing winners not only for the Costume Parade but coloring contest as well.

As the visitors crowded around the gazebo to hear the winners announced, Chiarello asked if everyone was having a good time, to which the crowd enthusiastically yelled “Yes!” 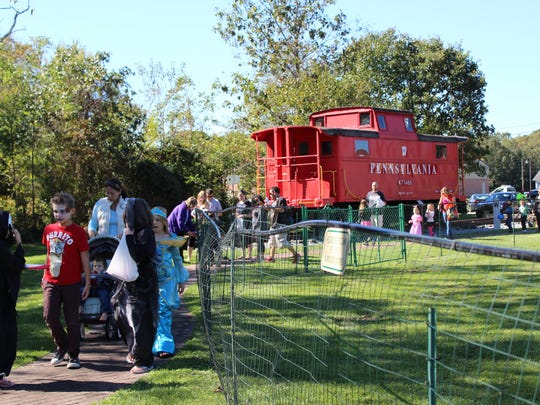 The costume parade passed in front of the train car that is a part of Richland Village historic train station. (Photo: Photo/Hannah Fox)

The coloring contest was broken down into three age categories with the first-, second- and third-place winners being invited to choose their own prizes. After all the coloring contest winners had chosen their prizes, it was time for the winners of the Halloween Costume Parade to be announced.

Costumes were broken down into several categories. The winners were:

• Scariest costume: The Scream with the bloody mask

• Most creative costume: A Crash Dummy

• Cutest costume: A toddler dressed as a fuzzy pink monster

For more information about Richland Village and its upcoming events, please visit http://www.buenavistanj.com/richland-village/.

Children try to knock down as many pins as the can during a “bowling” game at the Richland Village Halloween Fun Day on Saturday. (Photo: Photo/Hannah Fox)