The report also acknowledges the region’s challenges, including high unemployment and the casino crisis. 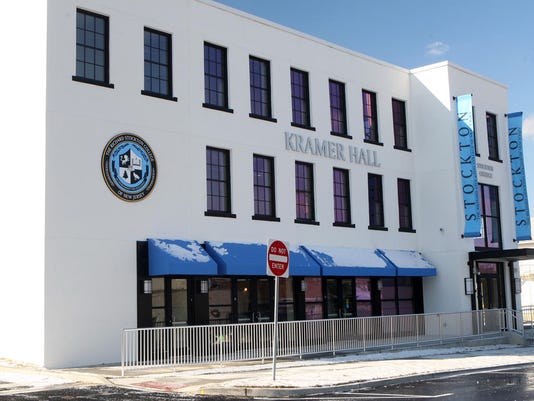 ATLANTIC CITY - Colorful graphics spill across the pages of the Angelou Report, while oversized text trumpets Atlantic County’s development potential as a technology and tourism center.

The Press of Atlantic City reported the report, delivered to county officials a year ago, offered a blueprint for strengthening the county’s economy and its main economic engine, Atlantic City. In the 12 months since it was delivered, some efforts to diversify the county’s economy have begun, but many of the report’s recommendations remain just that.

Amid its optimism, the Angelou Report acknowledges the region’s challenges. Unemployment in Atlantic County exceeded 10 percent earlier this year, and home foreclosures were outpacing the nation. And, of course, that doesn’t include Monday’s closing of Trump Taj Mahal Casino Resort and the loss of an additional 2,800 jobs.

Fixing the area’s economic woes is going to be a marathon, not a sprint for the county, Angelos Angelou said recently. Angelou’s Austin, Texas-based firm authored the report that many still hope will spur a renaissance of the region.

“The loss of jobs is always a hard thing, but I’m confident their best days are ahead,” Angelou said of the county.

Despite its bold format, there’s been little public discussion of the report lately. County officials paid $175,000 for the report, which is a little more than a year old now.

But officials say there’s been some significant progress this past year.

They point to a construction contract for Stockton University’s aviation research park, work on Stockton’s beachfront college campus and numerous new partnerships with local businesses as signs that the county is following the direction laid out in the report.

Officials also see progress in the formation of the Atlantic County Economic Development Alliance Board, which includes a cross-section of business leaders, county officials and academics.

One problem is that the board still needs a director. A nationwide search failed to find a suitable candidate.

“We could have hired an executive director very easily, but we want to get the right person with a strong background,” County Executive Dennis Levinson said. “We’re going to keep moving forward because this is something we believe in.”

Turning adversity into opportunity is one of the messages of the Angelou report.

Branching out beyond gambling is another major theme, and the report’s language underscores that message.

An example of the recommended diversification is a section of the report suggesting Atlantic City become a scientific epicenter for technology firms studying climate change and rising sea levels, an idea the city is exploring.

The new Stockton Atlantic City Campus is seen as a major component of the region’s rebirth, one that is already underway. The campus is part of the $210 million Gateway Project, a public-private partnership of the Atlantic City Development Corp. That project will include an 879-space parking garage topped by the new South Jersey Gas headquarters.

While Stockton had been planning an Atlantic City campus before the Angelou Report, the development ties in well with Angelou’s recommendations.

“That’s a game-changer for the city,” said alliance Chairman Leo Schoffer, chairman of the Economic Development Alliance board.

Construction of the first building at the Stockton Aviation Research and Technology Park in Galloway Township is set to begin at the end of October, said County Chief of Staff Howard Kyle. Efforts to develop the aviation park began in 2005, but the project received new impetus from the Angelou Report.

Once completed, the three-story building will feature 60,000 square feet of office space, a Federal Aviation Administration laboratory, classrooms, member laboratories and a roof-top lounge. The building is expected to be completed by the beginning of 2018, according to Joseph Sheairs, executive director of the park.

Now, the county just needs to find tenants to fill the building.

“People have to know who we are,” Atlantic County Improvement Authority Economic Development Director Max Slusher said. “To properly do this, we have to go out there and meet people.”

The report also references the need for state and federal help, and the plan has the attention of lawmakers on all levels.

Assemblyman Chris Brown, R-Atlantic, has spoken several times with Angelou and has touted the region’s technology and development opportunities to others.

“I take an opportunistic view of all this,” he said. “We finally have a plan and a real opportunity to diversify our economy and create jobs away from the gaming industry.”

U.S. Rep. Frank LoBiondo, who sits on the House Transportation & Infrastructure Committee, said he believes the aviation park is poised for success.

“We expect that most of the obstacles are removed now,” LoBiondo, R-2nd, said of the park. “I’m going to be careful and not make any promises, because we’ve had a lot of letdowns there, but I certainly think the opportunities will be there.”

Overall, Kyle said turning around the county’s economy is a team effort, not something that can be accomplished by one entity or overnight. He and other officials see the report as a perfect guide for an exciting future in Atlantic County.