Hammonton salutes veterans and their families

Hammonton saluted veterans and their families in a special Veterans Day program.

Hammonton salutes veterans and their families 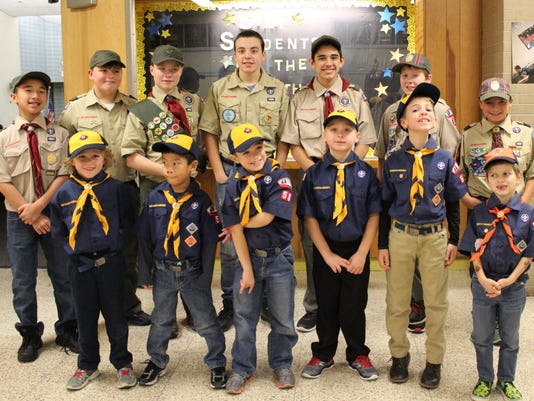 Boy Scout Troop 58 and Cub Pack 58 were on hand during the Veterans Day program on Friday night at Hammonton Middle School.(Photo: Photo/Hannah Fox)

HAMMONTON - Hammonton saluted veterans and their families in a special Veterans Day program at Hammonton Middle School on Friday night.

In honor of the special occasion, the group Voices of Victory performed an original poem called “A Solider.” The poem focused on how a solider is always a solider no matter where life takes them.

“I am humbled to have the opportunity to speak at this event,” said Hammonton Councilman Joseph Giralo.“Veterans Day is special.” Giralo was followed by Sam Paulson who gave a solo trumpet performance of “God Bless America” 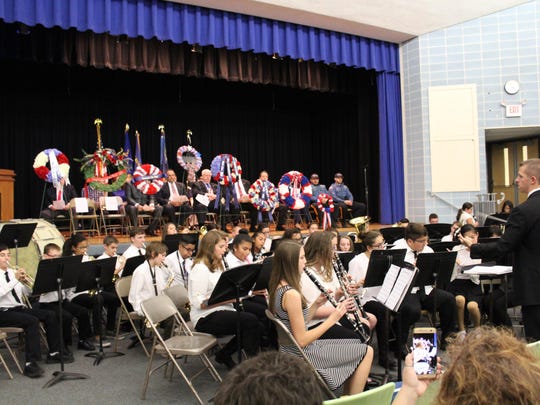 Paulson’s performance was not the only musical performance of the night. The Hammonton Middle School band performed several pieces including “America, The Beautiful” “Grand Old Flag” and “Taps.” Also, Roseann Gazzara gave a stirring performance of “The Star Spangled Banner” and Robin Gross of Victory Bible Church performed a song called “It Has Always Been A Soldier.”

“For generations they have sought the greater good,” said Atlantic County Freeholder James A. Bertino in a heartfelt speech. “We pause today to remember the heroes of the past.” He finished his remarks with “For our veterans, thank you.” 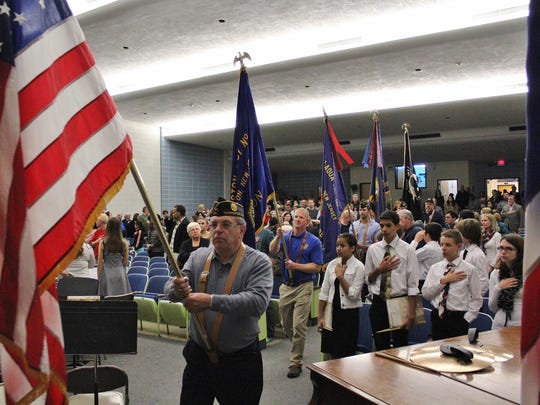 Everyone stood during the Presentation of the Colors. (Photo: Photo/Hannah Fox)

The keynote speaker was United States Air Force Senior Master Sgt. Luisita Jordan, who has been serving since 1991 and was named Airman of the Year in 1995. “I am so proud to be here tonight,” said Jordan. She went on to humbly thank all of the veterans present.

“I would also like to recognize the families,” Jordan said, adding that military life is not an easy one and often times those serving miss major milestones in their families lives.

“I give a plea to all of you. Please do not forget us,” said Jordan, who went on to list many of the obstacles that veterans face when they return home, including a high risk of homelessness, substandard housing and mental illness. 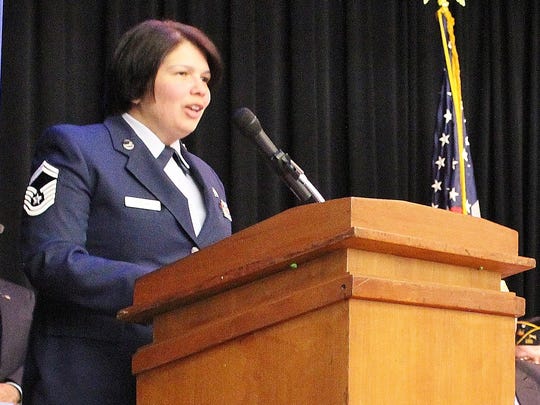 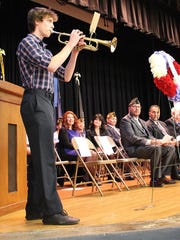