Red Cross helps to relieve suffering in war and peace

The American Red Cross has a history of addressing humanitarian crises since 1881.

Red Cross helps to relieve suffering in war and peace 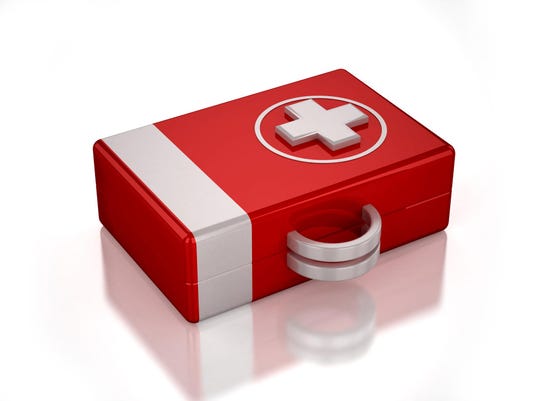 HAMMONTON - The American Red Cross has a history of addressing humanitarian crises since 1881. This was the subject of a special presentation hosted by Stockton University Kramer Hall on Thursday evening .

The presentation was given by Stockton University assistant professor of Criminal Justice Jess Bonnan-White.

“I come from an anthropological background so I like to give people my background when I give presentations,” said Bonnan-White, who on top of her emergency management and Homeland Security classes, is an American Red Cross volunteer and director of Education and Training for the Forage Center for Peace-building and Humanitarian Education.

The origins of the international Red Cross movement date back to 1859 with Henry Dunant. When traveling through Europe, Dunant accidentally stumbled upon the aftermath of the Battle of Solferino in Italy. After witnessing the horrors of the 40,000 dead and injured lying on the battlefield, Dunant knew he needed to do something to help alleviate the suffering of others.

A few years later, Dunant and a group of men created the committee that would later become the International Committee of the Red Cross. They also hosted the first Geneva Convention in 1864, representing the first humanitarian creed aimed at assisting those affected by war.

The Red Cross movement came to the United States when Clara Barton set up the first branch following the Civil War in 1881. According to Bonnan-White, after the Civil War the question became “What do you do in peace time?” Clara Burton began to use the organization to help with natural disasters.

During World War I, the mission of the American Red Cross changed once again. This time the focus shifted to helping American troops in need, along with helping refugees.

“Millions of people were moving around,” said Bonnan-White about the amount of refugees that were fleeing war. However, Bonnan-White’s research suggests not all refugees might have been viewed in the same light. In particular, European refugees may have been seen as more of a priority than those displaced in the Middle East.

“A lot was happening domestically, as well as internationally at the same time,” said Bonnan-White about World War I. Her research demonstrates burnout among many volunteers once the war had ended was a widespread concern. Once again, the question posed by many was what to do in peacetime.

In southern New Jersey, local Red Cross chapters focused on public health. As in many parts of the country, Red Cross volunteers began applying what they learned from their wartime experiences to address health issues in areas with few public health resources.

In the 1960s, the Red Cross adopted the tenets of humanity, impartiality, voluntary, unity, universality, neutrality and independence. These tenets have guided the Red Cross movement ever since, particularly with the current refugee crisis.

As in the past, Americans are challenged to view refugees as people in humanitarian need, not merely as dangerous threats. Tenets of humanitarian assistance prove essential in preserving the mission of the Red Cross movement to help all of those impacted by war and disaster, according to Bonnan-White.

If you are interested in learning more about the Red Cross movement or the American Red Cross, please visit these websites: http://www.ifrc.org/ or www.redcross.org.