It was a big party at Bagliani’s Market on Friday night as the business celebrated the cutting of the cheese. 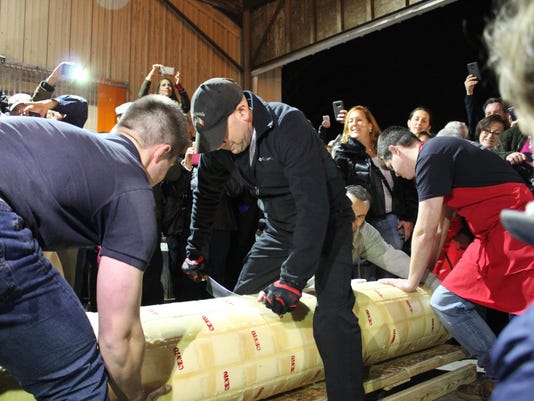 HAMMONTON - It was a big party at Bagliani’s Market on Friday night as the business celebrated the cutting of the cheese.

As this year was the 10th anniversary of the cutting celebration, Bagliani’s decided to make this year’s cheese cutting an open house/customer appreciation event. To show its appreciation, the business served its sausage and pepper sandwiches, pizza provided by Cento and prime rib provided by Sysco. 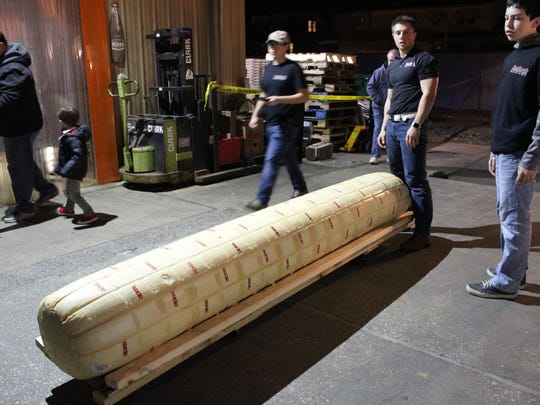 The main cheese for the cheese cutting weighed in at 1,000 pounds and was longer then a full grown man. (Photo: Photo/Hannah Fox)

“Bagliani’s is a great customer of ours,” said Bill Pinto of Sysco.

The cheese cutting saw many familiar faces along with a few new ones.

Some of those new faces included Nicholas Appice and his wife Candice, who brought along their 1½-year-old son, Anthony, to the event. Appice and his family have been living in Hammonton for four years and are frequent visitors to Bagliani’s. “I love coming to the market but this is my first time at the cheese cutting,” said Appice.

It was Appice’s mother, Theresa Appice, who discovered the event and told her son about it. Theresa Appice lives in Washington Township. but after visiting her son, she now says she wants to move to Hammonton. 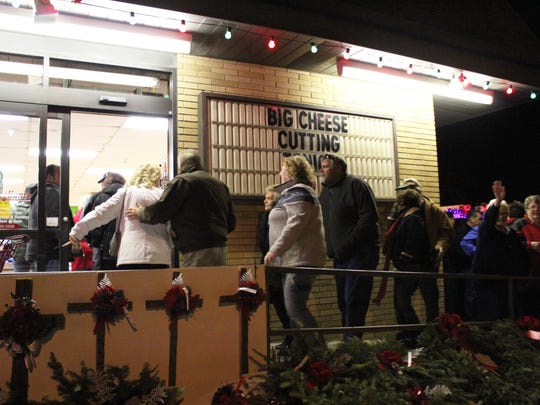 After the cheese cutting, crowds lined up outside the market to purchase some of the cheese. (Photo: Photo/Hannah Fox)

“I fell in love with the town,” she said.

As visitors enjoyed a visit by Santa Claus, the excitement of the crowd grew as they eagerly awaited the main event. After a little discussion of where to cut the cheese, the main block of cheese, which was longer than a full grown man, was rolled out onto loading dock behind the store.

To thunderous cheers and applause, master cheese cutter Joe Sabatino stepped out onto the platform with his special cheese cutting tool. After careful consideration, Sabatino straddled the 1,000-pound block of cheese and cautiously made the first slice. After another slice, a thick, round block of cheese was triumphantly held up for the crowd to admire. The crowd then made their way into the food market, where they were able to buy the cheese. 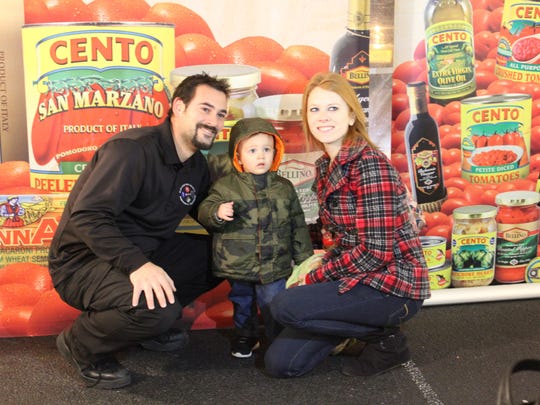 Nicholas Appice and his wife Candice with their son, Anthony, attended the 10th annual cutting of the cheese at Bagliani’s Market in Hammonton. (Photo: Photo/Hannah Fox)

One thing is clear about Bagliani’s cheese cutting, it is a tradition that is here to stay.

From more information on Bagliani’s please visit their website at http://www.baglianis.com/. Bagliani’s Market is located at 417 12th St. in Hammonton. 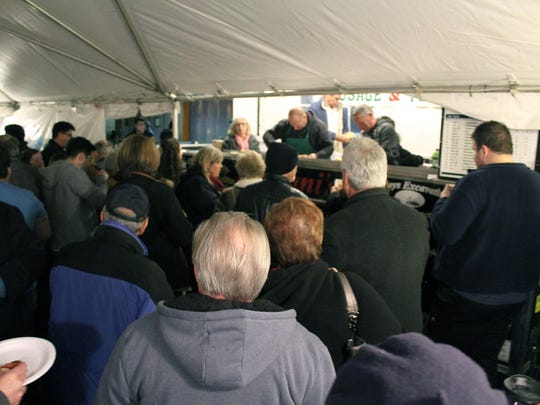