Emma Wuillermin of Emma’s Farmhouse Confections shows her baked goods to some interested visitors during the Taste of the Town on Sunday afternoon.(Photo: Photo/Hannah Fox)

HAMMONTON - Appetizing smells filled the Hammonton High School gymnasium on Sunday afternoon for the 14th annual Taste of the Town.

A fundraising event, it was held by the Hammonton Education Foundation and sponsored by BB&T bank to help raise funds for the school district.

“All of the money raised goes right back to the school district to fund programs not funded by the budget,” said Lori Calderone, a member of the Hammonton Education Foundation and one of the chairs of the event. The event also was chaired by Alisha Massey and Colleen Mortellite. 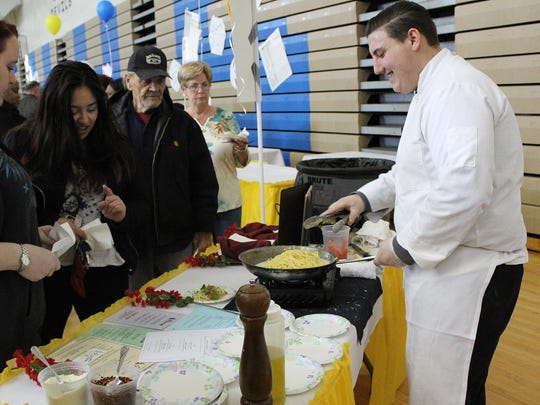 A chef from La Campagnola Restaurant fixes up a tasty dish for hungry visitors at Taste of the Town. (Photo: Photo/Hannah Fox)

The packed gymnasium showed the popularity of Taste of the Town and it wasn’t hard to see why. For a flat entry fee, visitors could taste as much of the treats and dishes as they wanted from the numerous vendors while spending time with family and friends.

This year, visitors had more options than ever before.

“We have 31 vendors, more than we have ever had,” said Calderone. According to Calderone, one of the reasons for the increase in vendors was because the foundation had reached out to businesses outside of Hammonton, leading to many new faces. 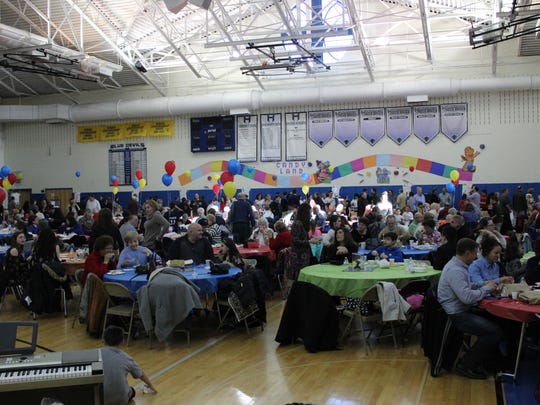 The vendors were serving everything from breakfast, to Italian, to Chinese, to desserts, Some of this year’s vendors included Maplewood Inn, Silver Coin Diner, Kitchen 19 and Cacia’s Bakery. Annata Wine Bar was another vendor, which was serving up some roasted pork Italiano and broccoli rabe, topped with shredded Parmesan cheese.

Emma Wuillermin, another vendor, had her own table for her “Emma’s Farmhouse Confections,” which included mini macaroons, artisan bread and a brioche cinnamon roll.

Wuillermin, who leans toward a French pastry chef, is in the process of opening her own bakery, which she hopes to open at the end of May or the beginning of June. In the meantime, Wuillermin is still taking orders and can be reached at ewuillermin93@gmail.com.

Nathan Ranger, 12, enjoyed all of the food that Taste of the Town had to offer but he did have a particular favorite. 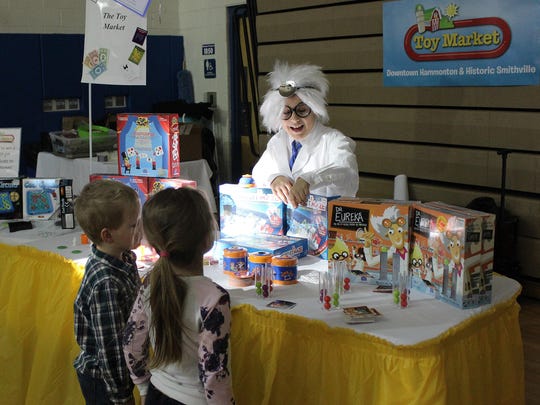 Nathan and his family had a little ways to travel to come to the event.

“We are from Mays Landing but my mom taught here,” said Nathan’s father John Ranger. Ranger’s mother, Nancy Ranger, was a teacher in Hammonton for 40 years. “We have been coming here for as long as they have had it,” Ranger said.

The event was not all about food as visitors were able to stop by the Toy Market table, where games and activities were offered. People also were invited to participate in a raffle, which offered a number of goodies for people to try and win.

Guests also were entertained by variety of musical and dance groups, including the cast of Hammonton High School’s Spring Musical “Anything Goes.” 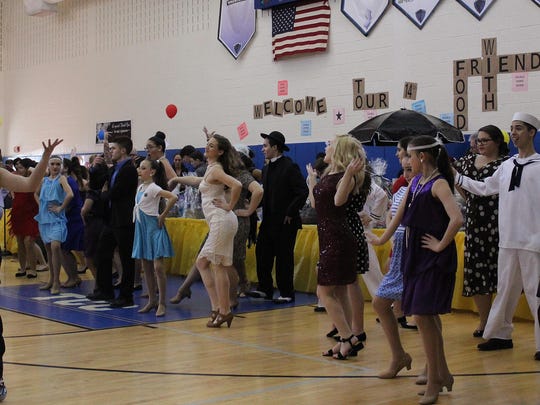 The cast of the Hammonton High School Spring Musical “Anything Goes” perform one of the play’s numbers. (Photo: Photo/Hannah Fox)

The cast performed several numbers from the play to loud cheering and applause. Tickets for the play are now on sale for $15. The play will be held on March 23, 24 and 25 at 7 p.m. each night at the HHS Performing Arts Center. For more information, please visit https://www.facebook.com/The-Hammonton-High-School-Spring-Musical-372666035725/.

For more information about the Hammonton Educational Foundation, please visit its website at https://www.hefonline.org/ or call (609) 561-7012. 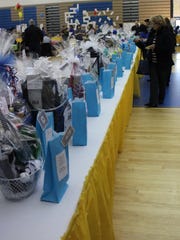 Food was not the only thing visitors to the Taste of the Town had to decide on Sunday afternoon, as those who participated in the raffle had to carefully decide what prizes to put their tickets in for. (Photo: Photo/Hannah Fox)