Tom Puentes, co-owner of Vinyl Brewing, cuts the ceremonial ribbon for the brewery during Third Thursday on Oct. 19. He was joined by his wife Susan (right) and Jimmy Sacco (left), both of whom are fellow co-owners, family, friends and town officials.(Photo: Hannah Fox/photo)

The evening started off with two ribbon cuttings, the first of which was at Vinyl Brewing, located at 300 12th St. The brewery is owned by Tom and Susan Puentes and Jimmy Sacco.

“I’m looking forward to making a lot of interesting beer,” said co-owner Jimmy Sacco about the thing he is looking forward to the most about the brewery being open. Susan Puentes hopes it will be a place to “bring family and friends together.” Tom Puentes wants to make sure it is “just a happy place to be.”

The second ribbon cutting was at Taffeta Hair and Makeup Design, located on Second Street near Sweet Creations. Taffeta is owned by Alexandra Jenkins and managed by Gina Bradford. Taffeta has been open for several years now, but recently relocated to Hammonton. Taffeta offers on-location beauty services for special occasions. 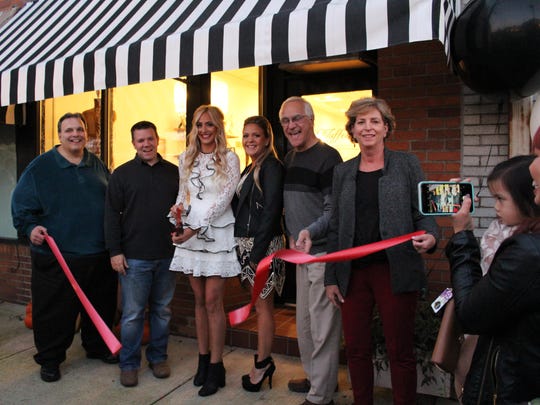 After the ribbon cuttings, a mystery began to unfold and it started at Stockton University’s Kramer Hall, where Halloween masks were being made. The lights throughout the building would go off for several seconds, and then turn back on for a few minutes.

Employees at Kramer Hall had heard that the same thing had been happening up and down that block. “It’s so weird, this has never happened in all the time I have been here,” said professional services specialist Ginna Petrillo.

Yet, the mystery of the spooky power outages only raised the spirits of those who came to make the masks and enjoy the fun.

However, the mysterious power outages then began spreading down to Bellevue Avenue as well. Like at Kramer Hall, the power would go off for several seconds before turning back on for a few minutes. That suddenly changed when all the lights on one side of Bellevue Avenue went out, and stayed out, for several minutes.

Unsure if the lights would come back on, visitors to the downtown carried on having fun. Musicians along the avenue continued to perform. 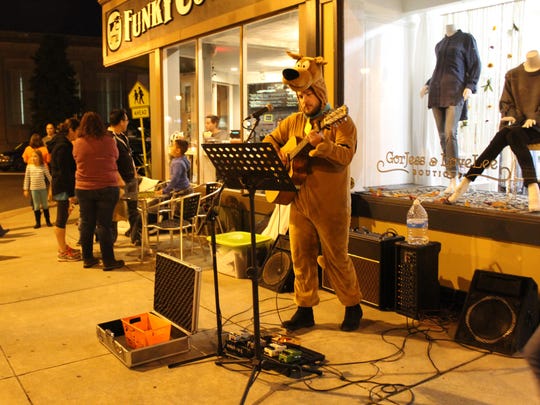 Musician Andrew Kavanagh came dressed as Scooby-Doo in honor of the Halloween-themed Third Thursday. Kavanagh continued to play even after the lights went out. (Photo: Hannah Fox/photo)

“It’s my third time here. It’s fun,” said musician Andrew Kavanagh, who decided to come dressed for the spooktacular occasion by dressing up as Scooby-Doo. Kavanagh can be found online at www.andrewkavanagh.bandcamp.com or on Facebook.

The lights did eventually come back on again. Mayor Steve DiDonato said he had numerous inquiries about the power outages and that Atlantic City Electric was working to fix the issue. Thousands were affected, according to the mayor.

According to Atlantic City Electric spokesperson Frank Tedesco, the power outages were due to problems in some of the electrical equipment at a substation. The mystery was solved, but it certainly made this month’s Third Thursday “Wickedly Spooktacular.” 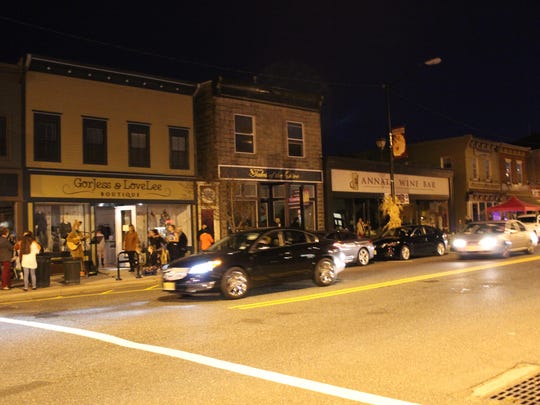