Hundreds gathered at Bagliani’s Market on Friday night to watch an artisanal wonder.

This year the colossal log weighed in at just over 1,000 pounds, and it was longer than the spectators were tall with a diameter well over one foot.

Its aroma blended in the air with the tasty smell of Bagliani’s fan favorites that drifted out of the party tent where a sold-out crowd savored specialty items such as sausage sandwiches, pizza, ravioli, prime rib, pork loin and specialty Italian meats and cheeses from several of the market’s vendors. 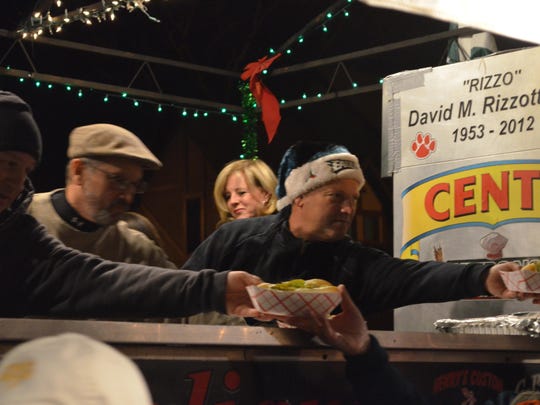 Spectators posed for photos in front of the cheese and seemed to be in awe of the entire event.

Pete and Maryann Manno and Ginger and Rich Fairhurst, all of Little Egg Harbor, came to the cheese cutting for the first time this year. Regular customers at the market, they were so excited to attend that they arrived at 5 p.m. and were the first in line to enter the party.

As the clock approached 7 p.m., the crowd of more than 600 people tightened around the cheese and launched a few attempts at “cut the cheese” and “Joe, Joe, Joe,” chants.

Finally, Joe “The Cheese Man” Sabatino made his appearance. He climbed up on the table next to the cheese, and the crowd erupted with cheers. He muscled through the provolone and carved off a block that weighed about 100 pounds. After one more cut, the crowd quickly shifted to form a line at the market doors.

Most in attendance were as eager to purchase the provolone as they were to witness the annual event.

“I grew up on Bagliani’s stinky cheese, that’s what my dad used to call it,” said Lacey Lake of Hammonton. She stood in line with a $20 bill. “He gave me this and told me to get him as much cheese as twenty bucks would buy.”

“Everyone in Hammonton knows that smell and knows that taste,” continued Lake.

Dottie Harrison, also of Hammonton, was also waiting in line to buy some of the provolone. She gets some for herself and some to send to her daughter in North Carolina. “It’s delicious,” she said. 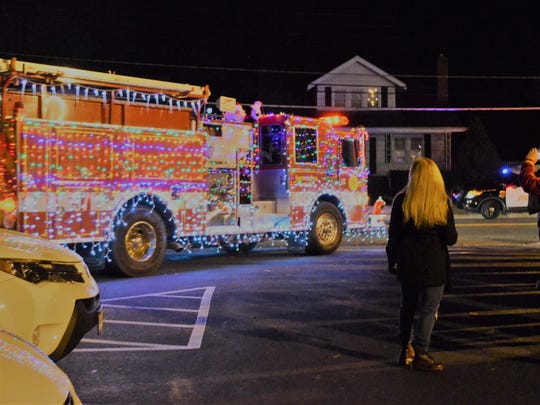 “It seems like the event gets bigger every year,” said Francis Bagliani III. “People come from all over the Delaware Valley to see this.” The event began as a small affair that was held inside the market. Over the years it grew into a town tradition and now seems to be a regional phenomenon.

Last year the giant provolone cheese cutting was moved outside and this year tickets were sold in advance for $5 each in an effort to maintain crowd control.

Even the size of the cheese has grown. A few years ago the log weighed about 600 pounds. The weight and dimensions are now nearly double. Aside from the 1,000-pound artisanal wonder that was carved on Friday, Bagliani’s Market has three additional provolones that weigh more than 600 pounds each.

And they will sell out of the house-aged cheese before the Super Bowl, said Bagliani.

The provolone is sent to Bagliani’s Market from Cento, and it is aged in house until it is ready to be sold.

This gives Sabatino the chance to put his specialty touch into the aging process as he rotates and monitors the cheese over several months.