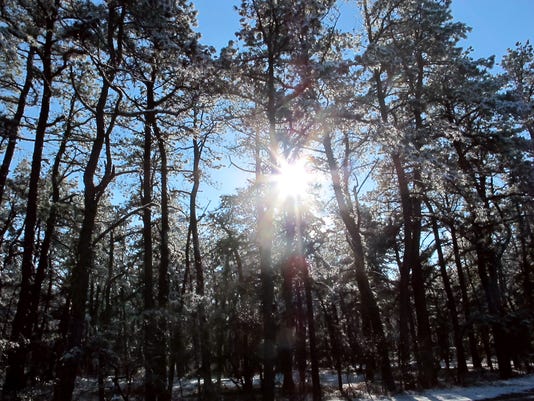 TRENTON – South Jersey Gas will try again to win approval for a controversial pipeline through the Pinelands.

The Folsom-based utility filed papers Thursday with the state Pinelands Commission, renewing its case for a 22-mile natural gas pipeline from Maurice River Township in Cumberland County to Upper Township, Cape May County.

The gas company said its filing “accounts for changed circumstances” since the commission balked at the project in a January 2014 vote.

About 10 miles of the pipeline would cross the million-acre Pinelands.

“This pipeline is vital to system reliability for the thousands of customers who depend on natural gas to heat their homes and businesses,” said Robert Fatzinger, a senior vice president with the utility. “It also will provide clean-burning fuel for local electricity generation at the B.L. England plant (at Beesley’s Point).”

But Jeff Tittel, director of the New Jersey Sierra Club, called the filing “outrageous.” and said South Jersey Gas was now describing its project as “a private development to get around the rules to prevent public participation.”

“They should not be allowed to just reapply for the same pipeline in the same exact location,” Tittel said. “We fought against this last time and will do so again.”

South Jersey Gas said an analysis of eight routes showed the chosen track “is by far the least environmentally damaging.”

It said the 24-inch high-pressure pipeline would travel through the Pinelands Forest Area “beneath the pavement or cleared shoulder” of state highways 49 and 50. The utility said the pipeline “will not cut into protected areas of the Pinelands,” and that it’s asked the state Board of Public Utilities to ban service connections in the Forest Area “as a means of protection against secondary impacts and development.”

The commission’s staff previously has found the project did not satisfy that requirement because the pipeline would also serve as a backup supply for customers outside the Pinelands. The staff said the project could still proceed if commissioners approved a memorandum of agreement, but the commissioners deadlocked in a 7-7 vote.

The utility first proposed the pipeline in 2012.

Among other arguments, the filing said a contractual agreement requires South Jersey Gas to supply the B.L. England plant, located in the Pinelands, on at least 350 days of the year. It said a repowered B.L. England plant “will supply about 86 percent of its output to the Pinelands once the Oyster Creek nuclear plant retires in 2019.”

It also said the use of natural gas at the power plant, which formerly burned coal, would “dramatically reduce harmful air pollution within the Pinelands and the surrounding region.” Tittel offered a different view, saying the pipeline “would keep the B.L. England plant running, bringing more water and air pollution to the region.”

The state Senate in March approved Christie’s appointment of Robert Barr to the commission; he replaced a commissioner who had opposed the pipeline in January’s tie vote.