Three people were injured in the two-car crash. 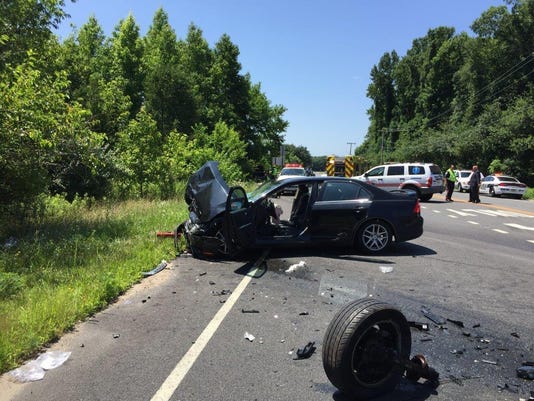 VINELAND – A 27-year-old Hammonton woman was cited for reckless driving and disregarding a traffic signal following a two-car crash on July 16 along Lincoln Avenue.

Amanda Rotellini and her passenger, Elizabeth Miller of Walnut Avenue, Magnolia, were also charged with possession of heroin and possession of drug paraphernalia, according to investigators.

Both women were taken to Inspira Medical Center Vineland to be treated for injuries.

About noon on July 16, Rotellini was headed south on Lincoln Avenue and just passed through the Landis Avenue intersection when her 2010 Ford Fusion collided with a Buick driven by Ruth Miller, 53, of Harding Highway, Buena, police said.

Ruth Miller was pulling out of a CVS driveway onto Lincoln Avenue at the time of the crash. She was airlifted to AtlantiCare Regional Medical Center, Atlantic City.