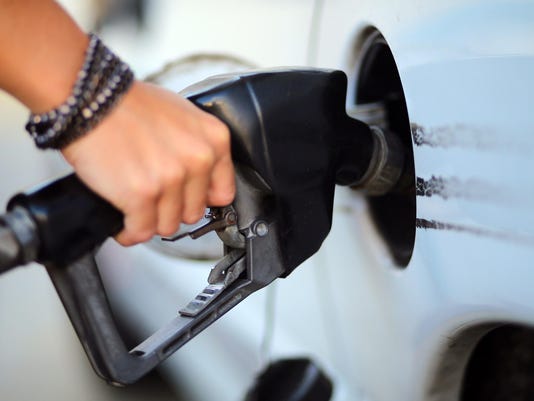 A gas tax increase is needed to comply with a 2016 law that requires a steady stream of revenue for the state’s Transportation Trust Fund.(Photo: Getty Images)

TRENTON – New Jersey’s gas tax will increase 4.3 cents per gallon starting Oct. 1, the state Treasury Department has announced, citing lower-than-projected fuel consumption over the past two years and inaction by the prior administration.

The increase is needed to comply with a 2016 law that requires a steady stream of revenue for the state’s Transportation Trust Fund, the department said. That fund pays for the construction and repair of roads, bridges and mass-transit projects across the state.

“The precise change in the gas tax rate is dictated by several factors, all of which are beyond the control of the current administration,” State Treasurer Elizabeth Maher Muoio said in a statement Thursday.

In 2016, former Republican Gov. Chris Christie and Democratic lawmakers agreed to New Jersey’s first gas tax hike in nearly three decades as part of a compromise that also reduced the sales tax, phased out the estate tax and increased tax benefits for the working poor and veterans.

Prior to the deal, the Transportation Trust Fund had run out of money and Christie had halted most construction projects across the state.

The deal increased the gas tax by about 22.6 cents to 37.1 cents a gallon, extending the life of the trust fund for eight years but angering New Jersey motorists who had long enjoyed some of the cheapest fuel in the nation.

With the increase in October, New Jersey’s gas tax will climb above 41 cents per gallon — fifth highest in the country although still lower than neighbors New York and Pennsylvania, according to 2017 figures from the Tax Foundation.

Language in the 2016 law requires annual changes to the gas tax to generate roughly $2 billion a year for the state. The rate can be raised or lowered depending on past collections and projections for the coming year.

In its announcement, the Treasury Department said the gas tax missed its revenue target by $43 million in the 2017 fiscal year.

Then, last August, rather than bumping up the gas tax for the coming year, the Christie administration ambitiously projected fuel consumption would grow 2 percent over the historical norm, according to the department. That led to an even larger, $125 million shortfall.

The department estimated that the cost of not increasing the rate in August 2017 contributed an additional 1.7 cents to the current rate hike.

In other words, the gas tax would have stayed closer to 40 cents come October had the Christie administration acted sooner, it said.

Phil Murphy, a Democrat, replaced Christie as governor in January.

With the planned increase, opponents of the 2016 gas tax deal have found a new reason to criticize it.

“This is outrageous,” Sen. Kip Bateman, R-Somerset, said on Twitter. “I was against the #GasTax from the start. Now I’ll continue that fight by introducing a bill to repeal the provision in the law that allows the treasury dept. to automatically raise the gas tax every year. Enough is enough. Taxpayers are not NJ’s piggy bank!”