Harriet Tubman Museum in Cape May opens virtually on Juneteenth

After years of planning and construction, a museum honoring the Underground Railroad legacy of Harriet Tubman opens in Cape May, where the Civil Rights hero once lived.

Harriet Tubman Museum in Cape May opens virtually on Juneteenth

A project to renovate a historic church parsonage into a Harriet Tubman Museum is well underway in Cape May, New Jersey. Cherry Hill Courier-Post 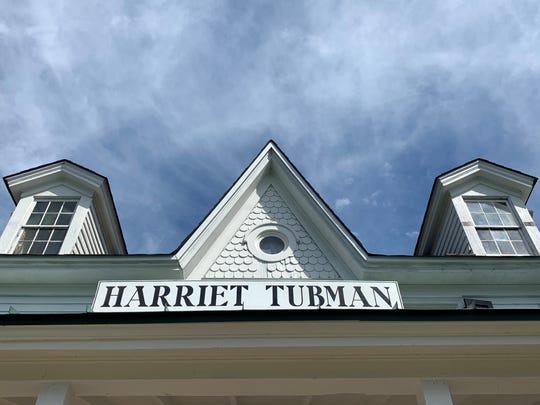 The Harriet Tubman Museum will open for the first time, as a virtual experience, on Friday, marking Juneteenth. (Photo: Tammy Paolino/Courier-Post)

On Lafayette Street, a busy route that takes visitors into the heart of Cape May, a little-known chapter of New Jersey history is about to come into sharp relief.

The timing is perfect for those seeking to learn more about the deep roots of racial injustice in this country — and close to home — in the midst of worldwide protests for racial equality and equal justice following the death of George Floyd at the knee of a Minneapolis police officer on May 25.

On Friday, the Harriet Tubman Museum will open its doors for the first time, albeit virtually, shining new light on the abolitionist's time spent living and working in this Shore city.

The celebration is a long time coming for local organizers — historians, volunteers, church leaders and local officials — who have held fast to the dream of preserving the rich Black history of the surrounding neighborhood.

Founders announced last year that the new cultural center would open on June 19, or Juneteenth, the date that commemorates Union Army General Gordon Granger's 1865 proclamation that enslaved persons in Texas were now free, more than two years after President Abraham Lincoln signed the Emancipation Proclamation. The date is beginning to be recognized as an official holiday in some places, including Philadelphia. 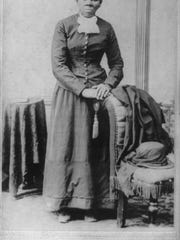 Harriet Tubman was an African-American abolitionist, humanitarian and Union spy during the American Civil War. (Photo: Library of Congress)

Because New Jersey's museums have not yet been given the green light to open for visitors, the virtual opening will take place on Facebook.

"The Harriet Tubman Museum has been organized to recognize Harriet Tubman's courage, compassion and conviction as well as the history of abolitionist activism in Cape May and its surrounding region,'' organizers said in an announcement of the event. "Harriet Tubman lived in Cape May in the early 1850s, working to fund her expeditions to conduct fugitive slaves to freedom, and leaving Cape May to rescue enslaved people in southern states.

"In Cape May, Harriet Tubman lived among many other notable abolitionist activists, who will also be featured in the museum's exhibits,'' they said. "Sixteen miles across the Delaware Bay from slavery territory to freedom, Cape May served as a destination to which fugitive enslaved people escaped, as highlighted in William Still’s seminal work, 'The Underground Railroad,' first published in 1872.''

The center's mission is "to educate the community about abolitionist activism, the Underground Railroad, and the history of the African American community in Cape May and the surrounding area.'' 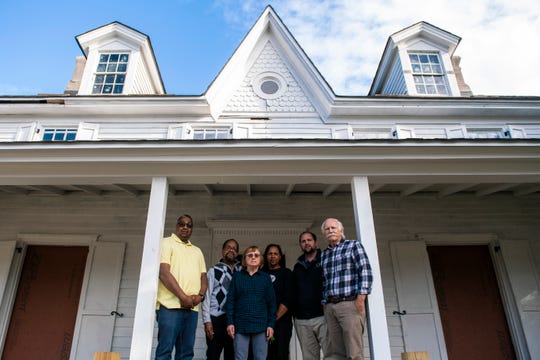 The museum is housed in the historic Howell House, which served as church parsonage for the Macedonia Baptist Church next door, before falling into disrepair.

In an obituary Harriet Tubman is said to have dictated to the Auburn (N.Y.) Citizen before her death on March 10, 1913, she mentions setting up headquarters in Cape May.

The Mullock family, among the organizers of the museum effort, say Tubman may have worked in a nearby hotel during the summers, raising funds for the Underground Railroad movement. The Banneker Hotel, a hotel for middle-class African American families, once stood on an adjoining block. 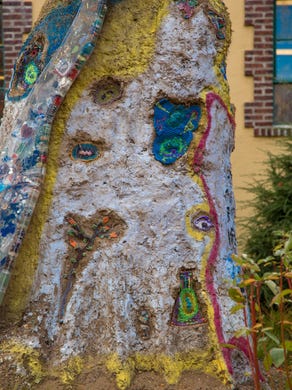 Joyce J. Scott's sculpture, 'Everywoman's Harriet,' was created in 2017, from found objects with beaded elements. It is a Grounds for Sculpture purchase. Ken Ek.
Fullscreen

'Pretty Girl Veiled' is a sculpture by Joyce J. Scott, on view at Grounds for Sculpture in Hamilton. The 2012 work is created from a Nigerian wooden object, plastic and glass beads, thread and drawing, fabric. Courtesy of Goya Contemporary Gallery, Baltimore, MD
Fullscreen

'Man Eating Watermelon' is a sculpture by Joyce J. Scott, created in 1986 in beads and thread. Ken Ek/Grounds for Sculpture/Collection of Linda DePalma and Paul Daniel
Fullscreen

The museum site is one of four buildings in the historically Black neighborhood of Lafayette and Franklin streets that are part of local preservation efforts. The other buildings include the home of Stephen Smith, a former slave-turned-wealthy abolitionist whose house is now on the National Historic Register; the former Franklin Street School, and the Allen AME Church, once at the heart of the abolitionist movement in South Jersey.

The museum will house a collection of slave artifacts assembled by a late member of the Macedonia Baptist Church, the Rev. Robert O. Davis.

"When we found out the history … we jumped on board,'' the Rev. Harold Harris told the Courier-Posts during construction last fall. "Some of the things I did not know, some of the things I only heard of, but when you listen to the history of how the impacted the lives of so many slaves and that it was here in Cape May, New Jersey, it was something you could not shake your head and say 'no' to.’’

At the time, church trustee Lynda Townes said the project would highlight the role Black residents of Cape May have played throughout the city's history.

"We understood the impact but we also wanted it to connect with our church and also to the history of Cape May City and definitely to its African American residents that at one time, the population was over 30 percent and probably has diminished to probably in the area of under 5 percent today.’’

Townes called the museum "a vehicle'' that would bring people from the region and beyond to "look at one small place and a person who made such a difference in lives, and know that there are many who are still making the same impact that Harriet Tubman did.'' 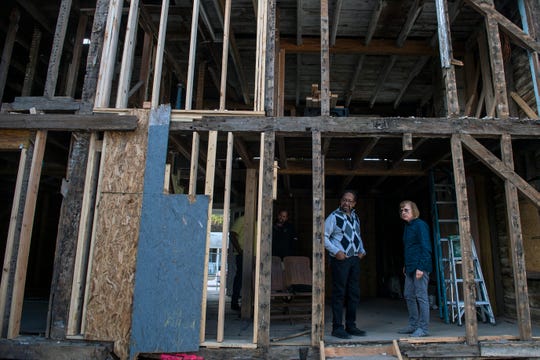 Cape May A live stream of the virtual opening of the Harriet Tubman Museum, 632 Lafayette St., is set from 3 to 5 p.m. Friday, followed by a discussion of the preservation efforts of other Black cultural heritage sites, live music and a Walk for Social Justice. Visit facebook.com/events/282924366450393/ and harriettubmanmuseum.org/

While the city's Juneteenth Parade and Festival are cancelled this year, organizers have provided a guide to celebrating the holiday (declared official in Philadelphia) virtually at juneteenthphilly.org/

In addition, the Museum of the American Revolution has scheduled "Juneteenth with the Museum,'' a virtual event from 9 a.m. to 11:45 a.m. It will feature a one-woman show, “Freedom on the Horizon” with historical interpreter Nastassia Parker, followed by a question and answer segment. Visit facebook.com/AmRevMuseum and Instagram.com/amrevmuseum/?hl=en

Camden: A Juneteenth Celebration is set for  Friday in what is described as "a motorcade honoring our ancestors who endured slavery in America.'' Lineup is at noon at Dare Academy, 1656 Kaighn Ave., with a 1 p.m. motorcade to Wiggins Park. Participants are asked to register their vehicles by emailing JuneteenthCamden@gmail.com

Galloway: Murphy Writing of Stockton University will host a reading via Zoom featuring Yusef Komunyakaa, a Pulitzer Prize-winning poet, at 7 p.m. June 19. Komunyakaa is the first African American male to win the Pulitzer Prize for poetry. His books include “Neon Vernacular,” for which he received the 1994 Pulitzer Prize for Poetry; “Taboo;” “Warhorses;” “The Emperor of Water Clocks” and others. For reservations visit Murphy Writing of Stockton University on Facebook. Call (609) 626-3594 or visit stockton.edu/murphywriting.

Tammy Paolino covers restaurants, breweries, food trucks and arts events for the USA TODAY New Jersey Network. She’s an award-winning reporter and editor who has covered the Garden State for more than 30 years. Reach her at tpaolino@gannett.com or 856-486-2477 or on Twitter @CP_TammyPaolino. Help support local journalism with a Courier-Post subscription.