How to open a restaurant during a pandemic? El Tuque Owner/Chef Carlos Pabon is making it work with strong family ties and secret family recipes.

Carlos Pabon speaks about some of the Puerto Rican dishes he serves with the help of his family at El Tuque Restaurant in Vineland, N.J. Vineland Daily Journal

Pabon and his extended family are making themselves and others at home at El Tuque Restaurant, the new eatery in the 600 block of Landis Avenue.

The restaurant, celebrating the family’s Puerto Rican heritage, brings the flavors of Ponce to the downtown.

“Our menu is not too overcrowded,” said Pabon, preferring to focus on island favorites.

The menu features a dozen varieties of mofongo, which range from $5 to $30 depending on what diners opt to pair with it.

More: The story behind an off-duty firefighter's daring solo rescue at a South Jersey fire

There’s a selection of jibaritos, sandwiches that forgo bread for flattened, fried plantains, served with platano chips ($12 to $16). Tostones rellenos (stuffed plantain cups) are available with various fillings ($8 to $18).

They’ve hit the mark with diners.

“We’ve been looking at our sales, a lot of it is mofongo with shrimp,” Pabon said, stepping into his chef persona, “with garlic shrimp, it’s our top seller.”

Pabon says he’s inspired by celebrity chef Gordon Ramsey. He doesn’t share his fiery temperament, but Pabon is also obsessed with presentation and cleanliness, which is on display in the open kitchen. 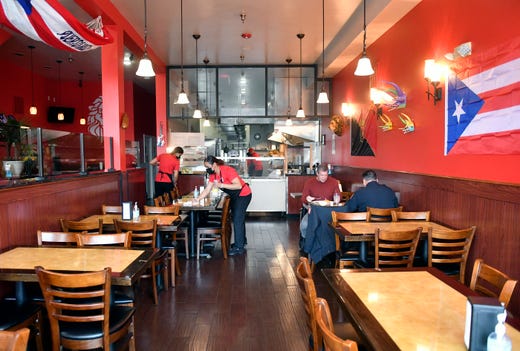 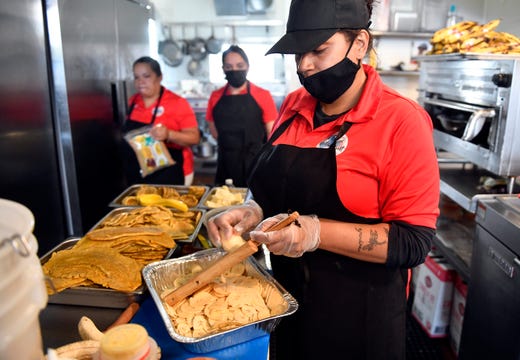 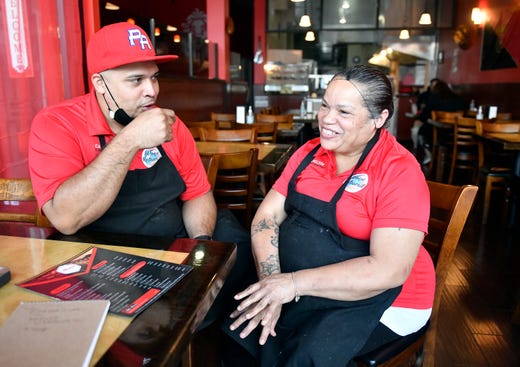 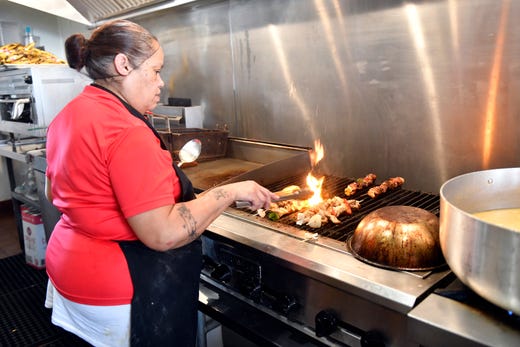 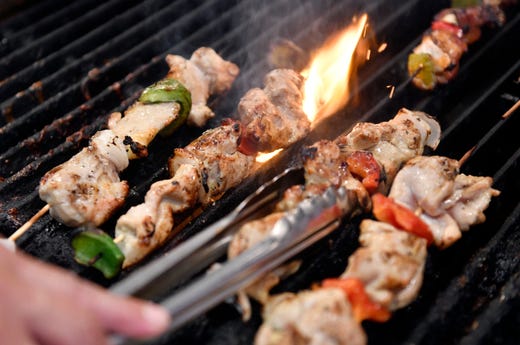 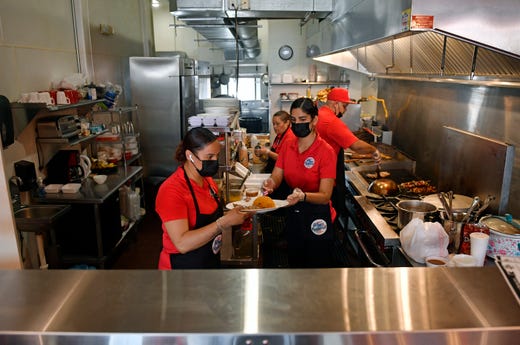 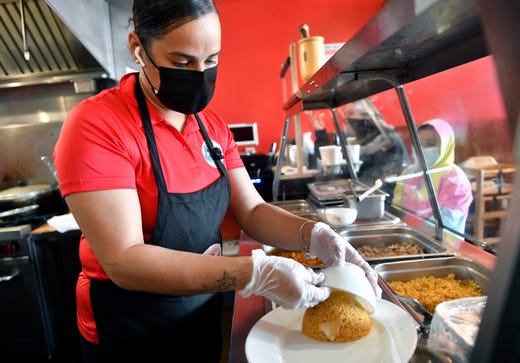 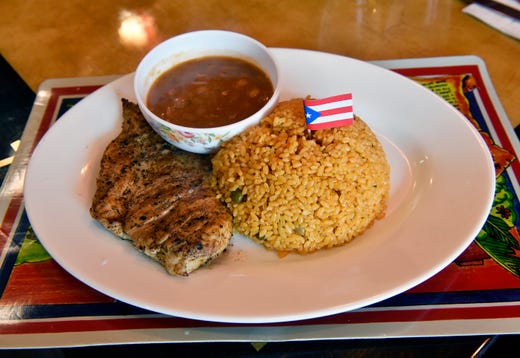 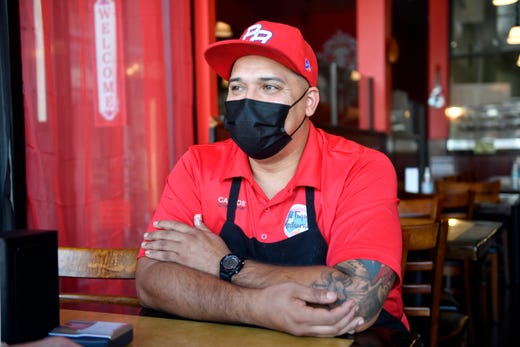 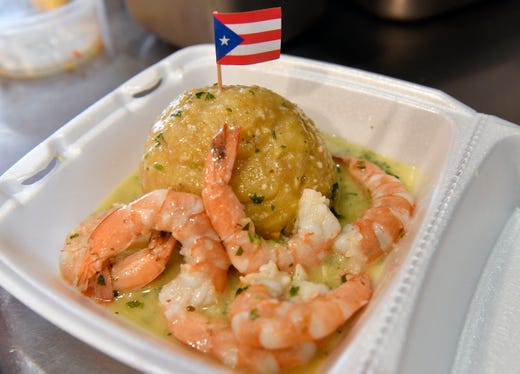 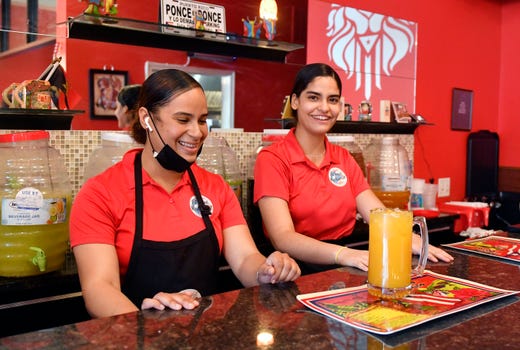 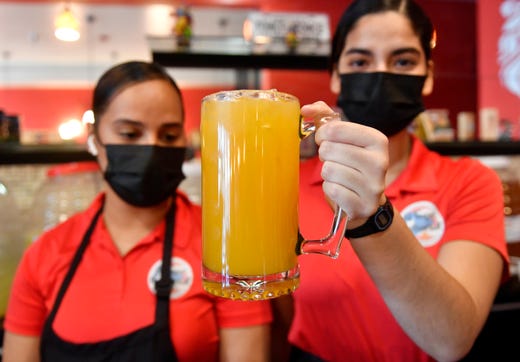 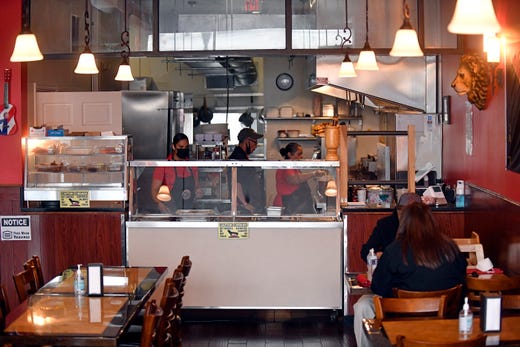 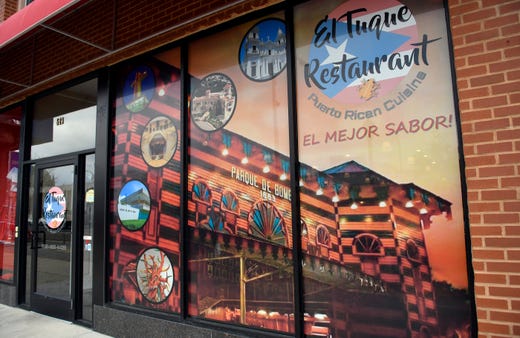 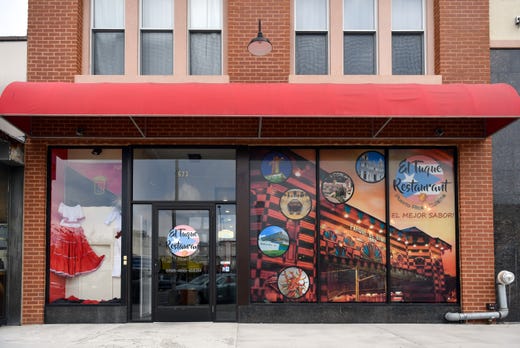 “Everyone can see us cook and how the kitchen looks,” he said. “We come in real early in the morning. Everything is prepared fresh.”

Attention is given to each dish, then the area is cleaned before starting on a new order, he said.

“Nothing is left over for next day,” he said, adding that any food that remains is given to the homeless.

Pabon, 36, found his culinary calling when the COVID-19 pandemic cost him his job.

After graduating Vineland High School Class of 2003, he capitalized on his outgoing personality and pursued a career in hospitality.

“Before the pandemic, I started working for the Hard Rock Hotel in Atlantic City,” said Pabon, who was an assistant housekeeping manager. “Then unfortunately they laid us off.”

He found his "what’s next?'' during a family discussion about ''what now?''

His mom, Evelyn Rodriguez, suggested the family open a restaurant.

“We were in the garage playing pool and we all were talking,” Pabon said, explaining how the idea came out of nowhere.

In that moment, Pabon, his mom, and his aunt, Sheila Rodriguez, agreed to take their biggest gamble.

“Let’s just do it and see what happens,” Pabon said. “It’s crazy but we did it.”

The restaurant’s name, El Tuque, comes from a tourist region in Ponce, which was home to the family’s matriarch, Amparo Rodriguez. Her recipes, passed down two generations, also are reflected in the menu.

Bring the dream to life

“We got really lucky with this particular property,” Pabon said of the downtown location.

They initially sought a spot closer to Main Road. When that deal failed to close, another door opened. A friend put them in touch with Zyggi Dobkowski, who was shutting his Landis Pig Roast restaurant after seven years on the avenue. Pabon called and asked to see the property.

“The next day, we came through, he was awesome from the beginning to the end,” Pabon said. “We came in, looked at everything and it was like, ‘This is it — we’re not going to look anywhere else.”’

The El Tuque team signed a two-year lease with an option to purchase and gained some new friends with the deal.

Dobkowski and his wife, Diane, helped introduce the rookie restaurateurs to vendors and suppliers, Pabon said.

“One person led to another person and we were able to have all these connections to get what we needed to get this place up and running,” Pabon said.

Preparing to open three weeks after signing the contract, Pabon said they kept the open kitchen and dining room configuration.

The restaurant’s front window was updated with a streetscape of Ponce attractions to set the scene before patrons made it to the entrance.

They’ve transformed the interior with their own décor.

“We had to, us Puerto Ricans like bright things,” Pabon said. “We want to make people feel like they are in Puerto Rico and they’re going into a restaurant in Ponce.”

“Ideally, this is what it would be like,” he said, taking in the dining room ambiance.

Pabon and his family knew opening a restaurant during a pandemic would pose a challenge.

“We didn’t want to take no for an answer,” he said. “You only live once, and we wanted to give it a shot.”

The grand opening was April 10, which they promoted on social media.

“We did a prayer before we officially opened the door and it was slow in the beginning,” he said. “We opened at 11 a.m. and by 2 p.m., we were out of tables and people were waiting.” 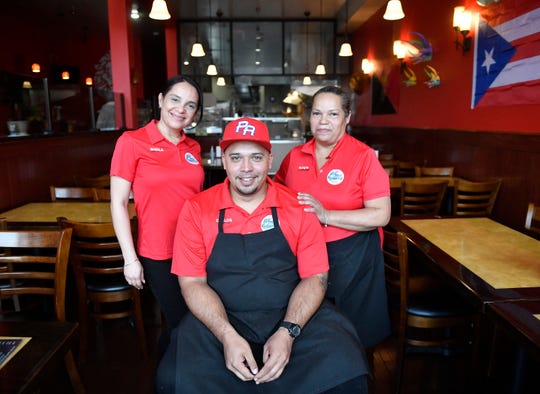 “People were waiting in their cars,” Pabon said, recalling jotting down lists of cell phone numbers to call when tables became available. Even now, the dining room is limited to 50 percent occupancy, which is about 28 patrons.

When everything should have been against them, Pabon said, “it’s not been like that, we had the support of the community.”

After several weeks in business, Pabon said they haven’t had to tweak a thing.

“We feel comfortable with what we have on the menu and the prices,” he said, noting there’s no price difference between lunch and dinner meals.

“We didn’t want to do that; we want to be reasonable for everyone to come, eat and enjoy our food,” Pabon said. “That’s why I think we’ve been so successful right now.”

Pabon smiled thinking it was just a few months ago the restaurant was nothing more than a dream.

“You keep your fingers crossed that everything is going to go well,” he said. “With us, we have a big Christian family that prays a lot.

“Every morning here at the restaurant, before we even open these doors, we do a prayer,” he said, grateful to be able to serve others. “So far, every day has been awesome.”

His mom has more ideas, more recipes and adheres to the advice given by her mother.

More: Prom season returned, but are prom businesses celebrating yet?

Translating for Rodriguez, Pabon said, “Her mom told her that we need to work hard and then everything falls into place.”

The family mourns Amparo Rodriguez, who died two years ago at age 86.

“She would have loved this place,” Pabon said.

More family members have joined the family enterprise, including Pabon’s sister, Vicky Rodriguez, who is a server.

As Pabon’s confidence grows, so does the business.

“We are actually looking for another cook,” he said.

They put out the word but can’t locate another job candidate with all available family members already on the payroll.

“We tried, we can’t,” he said with laugh, now willing to consider new bloodlines.