Political strategists see the suburbs as the real test for both Donald Trump and Joe Biden.

The Republican Party formally nominated President Donald Trump for a second term Monday, one of the first acts of a GOP convention that has been dramatically scaled down due to the coronavirus. (Aug. 24) AP Domestic

Now behold something else — America’s suburbs as the brutal battleground for this year’s presidential election.

Here in New Jersey, which practically invented — some might say, perverted — the suburban dream, it’s difficult to embrace the notion of a pugilistic political battleground, pitting Donald Trump against Joe Biden.

But just like in 2016 — and, indeed, in the 2018 congressional midterm elections — America’s suburbs are front and center. With Democrats running up the electoral score in big cities and Republicans winning their own traditionally overwhelming margins in the nation’s rural areas, political strategists see the suburbs as the real test for Trump and Biden.

Whoever wins the suburbs wins the White House.

But just what are the suburbs anyway?

In some ways, answering that question may turn out to be the most important task for Biden and Trump. Are the suburbs the peaceful, picturesque landscape of white families and friendly police that was depicted on such television shows as “Leave it to Beaver”?  Or are America’s suburbs more like the world depicted on “Modern Family” or “Weeds” or “Black-ish”? 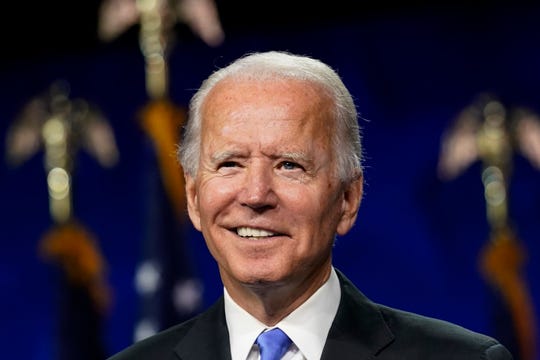 For decades, Bergen and Westchester were bright red, Republican bastions. Richard Nixon found a soft landing during his post-Watergate exile in the Bergen County enclave of Saddle River. Across the Hudson River, Westchester produced two of the most prominent Republican moderates of the last half-century, Nelson Rockefeller and George Pataki. 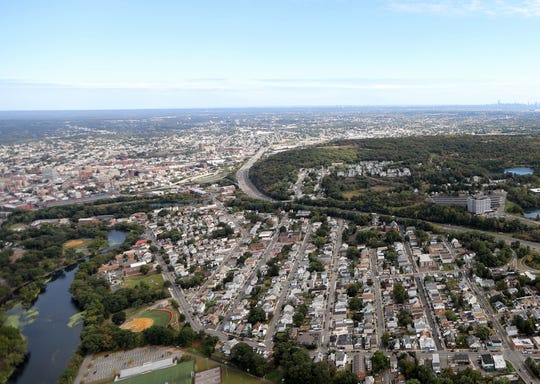 Democrats were tolerated in Bergen and Westchester. But for decades, they were often treated as outcasts, too — progressive outliers who aimed to bring progressive programs and values to deeply conservative communities. 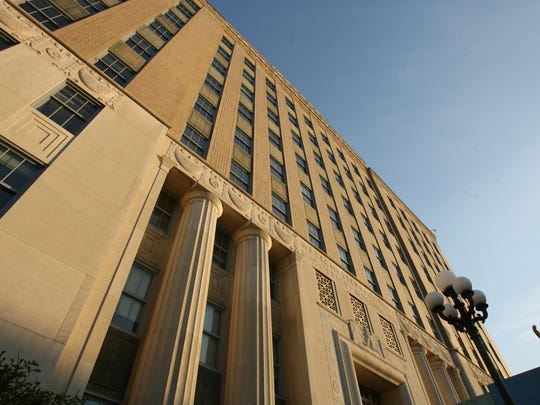 During his four presidential runs, Democrat Franklin D. Roosevelt won Bergen County just once — in 1936. And his victory was the slimmest of margins — less than 1% over Republican Alf Landon.

Roosevelt never won Westchester, even though he was practically a native son, with his family’s home just up the Hudson in the Dutchess County town of Hyde Park. Even in 1944, at the height of Roosevelt’s political power and prestige, and as America and its allies were well on their way to winning World War II, Roosevelt lost Westchester by a whopping 24 percentage points.

But now Bergen and Westchester are considered reliable Democratic turf. Even Bill and Hillary Clinton have made their home in the Westchester hamlet of Chappaqua for two decades. What changed? 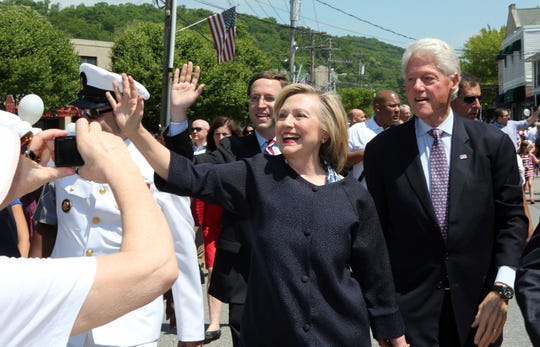 For starters, more Democrats moved in. In Westchester, the Democrats arrived from such traditional party enclaves as the Bronx, Manhattan, Brooklyn and Manhattan. In Bergen, Democrats moved north from Hudson County — in particular, Jersey City.

But simply having more Democrats arrive was not the only reason for the political transformation of Bergen and Westchester. For one thing, the transformation did not take place all at once. 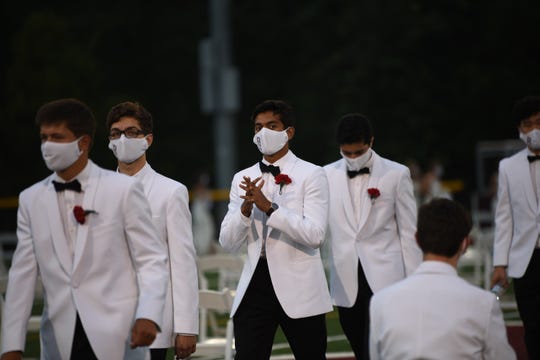 Ridgewood High School had to alter the graduation ceremony due to the Covid-19 pandemic. The socially distant ceremony is held in Ridgewood on Wednesday July 08, 2020.  (Photo: Anne-Marie Caruso/NorthJersey.com - USA TODAY NETWORK)

Bergen was seen as a reliable vote producer for Republicans. Yes, FDR won in 1944. And Lyndon Johnson won Bergen in 1964 over Republican Barry Goldwater by nearly 20 percentage points. But Johnson's victory was considered an aberration, in part because of the sympathy for  Democrats in the wake of the assassination less than a year earlier of John F. Kennedy.

In 1960, Kennedy did not take Bergen County even though he made a special campaign stop in Teaneck.  He lost to Richard Nixon by nearly 18 percentage points. 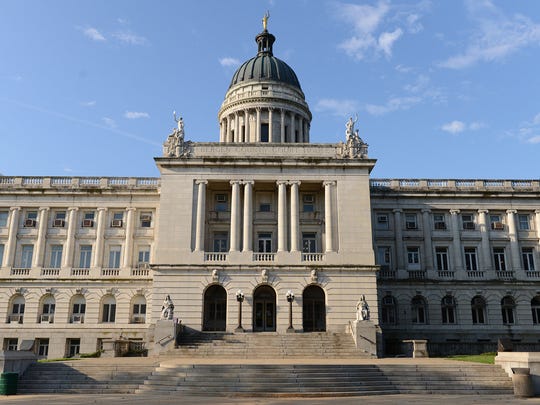 In Westchester, Kennedy fared somewhat better. He lost to Nixon by just 13 points. Like his win in Bergen County in 1964, Johnson’s victory by 24 points over Goldwater in Westchester that year was seen as an anomaly. Democrats had to wait another 28 years — until 1992 — before another Democrat (Bill Clinton) would win Westchester.

But since Clinton’s victory in his first presidential run, no Republican has won Westchester.

Clinton lost in Bergen in 1992. But he won by nearly 14 points in 1996 over Republican Bob Dole. Ever since, Bergen has voted solidly for Democrats.

The story of why these two landmark suburban counties grew into reliable Democratic strongholds is not just a story of simple demographics. Yes, having more Democrats move there helped to build the party. But the color of the suburbs changed too.

Earlier in Westchester: Westchester's last GOP bastions face a difficult question: Do they even mention Trump?

Earlier in North Jersey: 'We're the sleeping giant': Meet the man who thinks he can turn New Jersey red in 2020 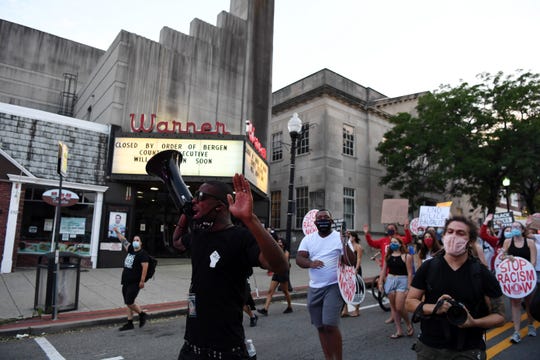 Marchers on East Ridgewood Avenue after a teach-in hosted by Ridgewood for Black Liberation on Thursday, August 6, 2020.  (Photo: Michael Karas/NorthJersey.com)

“This is not the land of 'Leave it to Beaver' anymore,” New York University historian Thomas Sugrue told Politico in a recent interview.

Suburbs are far more diverse than they once were. Most African Americans now live in suburbs, not cities. As for new immigrants, most of them now settle in the suburbs.

In Bergen County, Teaneck may have been home to actors Ozzie and Harriet Nelson, who played a suburban couple on a television sitcom during the 1950s. But by the 1960s, Teaneck also became the first town in America to voluntarily desegregate its schools through busing. And years before that, Teaneck also became one of the first suburban New Jersey towns to welcome Jews. 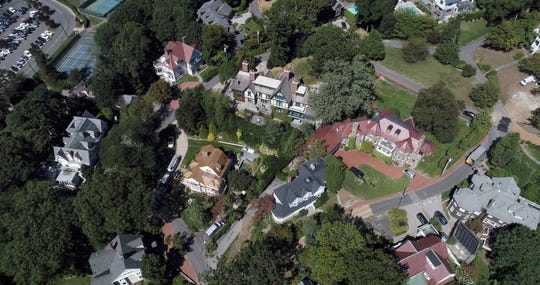 Today, Bergen County is hardly a multicultural rainbow. Nearly 73% of its 932,202 residents are white, according to the Census Bureau. But the percentage of whites has dropped in the last 40 years.  Today, about 8% of Bergen’s residents are African American. Another 17% are Asian.

A similar trend is at work in Westchester County. The Census Bureau reports that about 73% of Westchester’s 967,506 residents are white. But another 17% are African Amercan and about 7% are Asian.

Again, it’s not a perfect multicultural kaleidoscope. But it’s a far cry from the days of “Mad Men,” when Westchester was portrayed as another lily white landscape where women labored as housewives and the men ran off to country clubs to play golf and water down their frustrations with scotch.

Perhaps the most subtle change in Bergen and Westchester is the growth — and political power — of women voters. Many are college-educated and work outside their home. 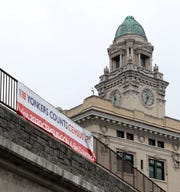 This sort of changing definition of suburbs, however nuanced, is set to play in a major way in this year’s presidential election.

Trump’s allies do not expect him to win Bergen or Westchester counties. But his strategy is to cut the margins a bit.

In a battleground state such as Pennsylvania, how Trump cuts into Biden’s — and the Democrats' — margins in the suburbs, especially near Philadelphia, could tip the election.

In 2016, Trump won Pennsylvania by only one point — about 68,000 votes — in part because he managed to cut into Clinton’s margins in the Democratic suburbs near Philadelphia, Hazleton, Scranton and Wilkes-Barre. His margin in traditionally Democratic Luzerne County – home to Hazleton and Wilkes-Barre – was 26,000 votes.

In the upcoming election, Trump has embraced a scary portrayal of suburban life, however. His TV ads proclaim that Biden and the Democrats would “abolish the suburbs” with low-income housing and reduced funding for police. Other ads offer glimpses that depict American cities caught in a crime wave.

Will such a strategy work? So far, the answer is a resounding no, especially from women voters who live in the suburbs. But given the volatile state of the electorate — and the unpredictability of the election season — much could change.

In 2016, exit polls showed Trump winning America’s suburbs 49% to 45%.  But amid Trump’s handling — or mishandling of the COVID-19 pandemic — suburbanites are judging him much more harshly. A recent poll by Fox News found that 61% of suburban voters disapproved of Trump’s job performance.

Biden, meanwhile, promises a return to normalcy. And that may be just the sort of balm that suburbanites want from their next president.

So far, Trump has portrayed himself as the fighter who can save the suburbs — an adult version of another unpredictable, chaotic suburban TV star, Dennis the Menace.  Biden depicts himself as someone who can rebuild them – better — as a modern-day version of the suburban "Father Knows Best."

The key question is what do America’s suburbanites want.

Mike Kelly is an award-winning columnist for NorthJersey.com. To get unlimited access to his insightful thoughts on how we live life in New Jersey, please subscribe or activate your digital account today.