When a COVID vaccine is approved, NJ expects enough for 50,000. Here's who will get priority

When a COVID vaccine is approved, NJ expects enough for 50,000. Here's who will get priority

Pfizer and BioNTech released early study results indicating that their vaccine prevented more than 90% of infections with the virus that causes COVID-19. USA TODAY

New Jersey expects to receive enough vaccine to quickly protect 50,000 people from COVID-19, once the federal government authorizes one of the vaccines currently in clinical trials. With early data from Pfizer showing promising results, that day appeared to come closer Monday.

Priority will be given to health care workers, state Health Commissioner Judith Persichilli told The Record and NorthJersey.com on Monday. The state will get 100,000 doses shortly after an emergency use authorization from the federal government, with another 100,000 likely to arrive quickly after that.

“A vaccine is on the horizon,” Gov. Phil Murphy said at his press conference. The state has a plan to distribute the immunizations to the public, with "broad distribution" anticipated by April or May, he said.

Federal authorization to use the Pfizer vaccine or another in late-stage trials is expected by late November, Persichilli said. Pfizer announced Sunday that clinical trials showed its vaccine to be 90% effective in preventing symptomatic cases of COVID-19, a much higher efficacy rate than had been expected.

New Jersey has about 500,000 “paid and unpaid health care workers in positions that render them high risk due to their exposure to infectious material,” Persichilli said. “It could be as high as 650,000.” Virtually everyone who works in a hospital and the staffs of dental offices, urgent care centers and community health centers are included in the priority group, she said.

Each person would need two shots of the Pfizer vaccine, or those under development by two of the three other companies, to confer immunity. That means 50,000 people will be protected initially with the first 100,000 doses, with another 50,000 soon after.

Persichilli was to receive an update on New Jersey's allocation during a call later Monday with Gen. Gustave Perna, the head of Operation Warp Speed, the federal government's project to join scientists and the pharmaceutical industry to vaccinate the American population against COVID-19.

The health commissioner said she was not concerned that supplies would be inadequate, given the robust manufacturing and distribution plans already mobilized by Operation Warp Speed.

“I believe everyone in New Jersey who wants to get a vaccine will get one,” Persichilli said. “We will have sufficient supply to meet the demand — maybe not initially, but definitely within months.”

She is concerned about public acceptance of COVID vaccines, however, once one or more candidates are approved. A vocal segment of state residents is known to question the value and safety of vaccines and successfully opposed a law to expand the state's vaccine mandates for school-age children earlier this year. 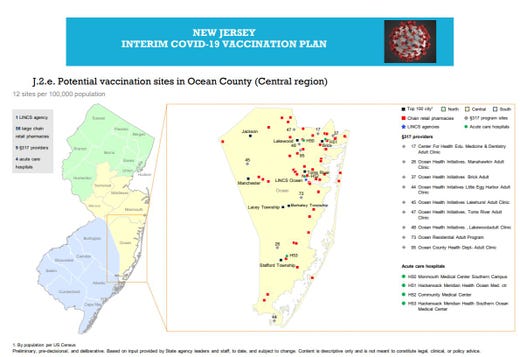 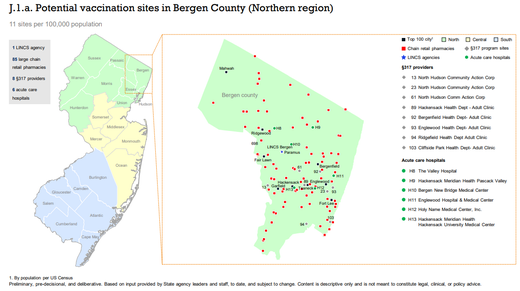 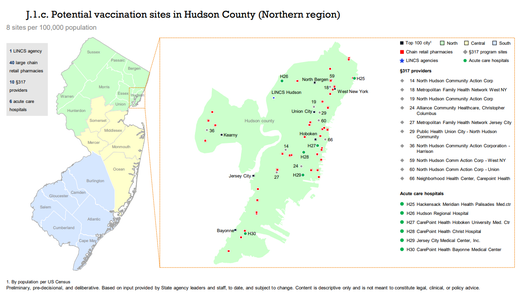 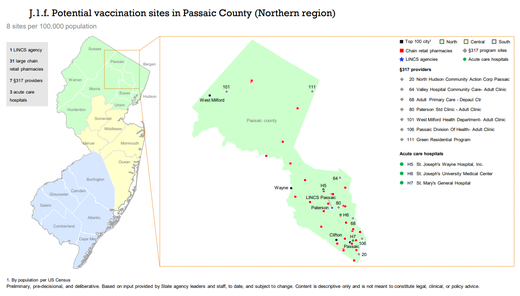 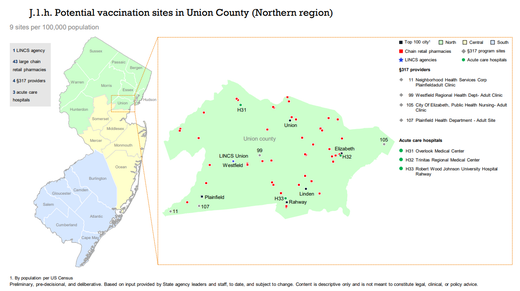 "We know there are significant concerns about vaccination," she said. Health officials have launched a campaign to educate "influencers," Persichilli said, noting that she hosts conference calls daily with local civic and elected leaders.

A survey of New Jersey doctors and nurses conducted for the Health Department in mid-October found that two-thirds of doctors expressed willingness to get a vaccine against COVID-19, while fewer than half of nurses — 47% — would definitely or probably get vaccinated.

“I was hoping that nurses, who are very well trusted in public opinion, would be higher,” said Persichilli, who is a nurse. When asked if she planned to get a vaccine when it is approved, she said, “Absolutely.”

The uptake by physicians, at least, “will set an example,” she said, as the survey showed the public is most confident in advice from their health care providers, the federal Centers for Disease Control and Prevention and the Department of Health.

For both physicians and nurses, the survey found that the timing of the vaccine and its side effects were top concerns. Most said they preferred to see how others responded to the vaccine before they received it. Comments on the survey, which was conducted well before the election, frequently mentioned concerns about political influence on the approval process.

Murphy hailed the news of Pfizer's new vaccine Monday. "Broad distribution is within reach in the April to May time frame," he said, based on a conversation over the weekend with Dr. Anthony Fauci, the nation's top infectious-disease specialist and a member of the federal coronavirus task force.

"We have the plan ready to move quickly to vaccinating residents," Murphy said. (Details of the plan are found on the state Health Department's webpage.)

The state's goal is to immunize 70% of the adult population, or 4.8 million people, within six months of vaccine approval. That will require 60,000 to 80,000 injections a day.

But the arrival of the vaccine during a rising tide of coronavirus patients may present logistical challenges for hospitals and health care facilities, Persichilli said in an interview on "60 Minutes" aired Sunday on CBS.

On Monday, the state added 2,075 reported cases of COVID-19, bringing the four-day total to more than 9,500. For the first time since June, the number of hospitalized patients exceeded 1,500.

The nationwide surge in COVID illness made it possible for the number of cases to mount more quickly among the participants in vaccine clinical trials. Pfizer's results were the first to be reported among four vaccine candidates currently in late-stage trials in the United States, and others are expected soon.

For Pfizer, results from 94 confirmed symptomatic cases showed that participants who had received the vaccine had 90% fewer cases than those who received the placebo. However, before the company can apply to the Food and Drug Administration for an emergency use authorization, additional safety data is needed. That is expected by the third week of November.

Both Pfizer's vaccine and a similar vaccine under study by Moderna must be stored at extremely low temperatures — 94 degrees below Fahrenheit.

Persichilli said 30 of the state's 71 hospitals have freezers capable of maintaining that temperature. They are scattered geographically, so it will be possible to reach all corners of the state using dry ice with shipments, she said.

The state’s distribution plan does not include nursing homes and other long-term care facilities. Their residents and staff will receive the vaccine through a partnership between the federal government and CVS and Walgreens.

Lindy Washburn is a senior health care reporter for NorthJersey.com. To keep up-to-date about how changes in the medical world affect the health of you and your family, please subscribe or activate your digital account today.