A growing problem for millennials: Thousands of 'friends,' no one to hang out with

Social media users who grew up with smart phones often avoid socializing in real life, only to find that they haven't developed social skills.

A growing problem for millennials: Thousands of 'friends,' no one to hang out with

There are two types of American millennials, and the difference between them has nothing to do with age. Buzz60

Growing up, what did freedom mean to you?

If you came of age before the year 2000, it probably meant being able to drive a car. Now you were finally old enough to escape boredom by joining friends who shared your interests wherever they were.

But if you became a young adult during the next decade or thereafter, your access to the world fit into the palm of your hand.

"The gateway to something between childhood and not childhood was your first smartphone," says Dr. Frank Ghinassi, senior vice president at RWJBarnabas Health Behavioral Health Network and President/CEO of University Behavioral Health Care (UBHC) in Piscataway. (The iPhone debuted in 2007.) 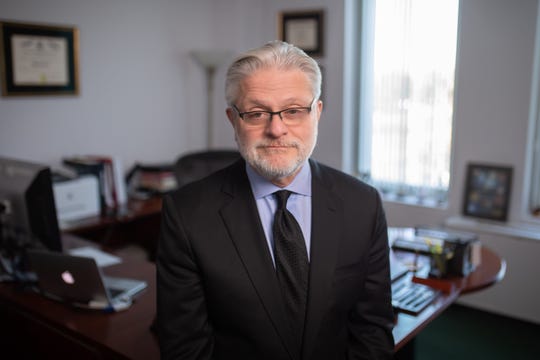 With portable social media, Ghinassi points out, the ability to connect with others is always at your fingertips. In fact, you can reach out to thousands of "friends" on Facebook and cultivate just as many "followers" on Instagram who can learn as many personal details about you as you're willing to post.

So how is it possible, then, that so many young people say they feel more isolated than their parents and grandparents?

Over the last few years, studies including ones conducted by the University of Pennsylvania, market researchers YouGov and Monitoring the Future, an annual survey funded by the National Institute on Drug Abuse, have found the same thing: Instead of experiencing social media as a supportive community, young people are finding that prolonged time on it makes them feel the absence of one.

The report's authors were surprised; while they'd been looking for the relationship between social connections and health, they hadn't included any questions exploring causes of loneliness. Also, historically, it was older people who complained of feeling isolated.

ENTERTAINMENT: Millennials miss these North Jersey shops and places to hang out

"It's known that college students can be lonely, as they leave the familiar and start over in a new environment," she says. "But people in their 30s are still reporting loneliness!

"The general theme from the college students was that because it's so easy to make superficial connections on social media, they avoid awkward interpersonal conversations," says Allred. "We've all had these experiences as teens, and in working through them, we become the healthy well-adjusted adults we are."

By circumventing these challenges, she says, the students are failing to figure out better outcomes. 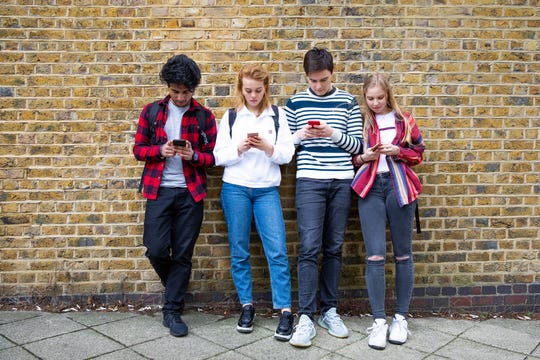 As one focus group participant observed, "You can communicate with so many people right away, and it's good to have your friends available, (but) you might not actually meet your friends. There isn’t physical contact, which doesn’t seem right. The highlight of your day is getting five likes so you don’t go outside, you don’t develop yourself."

Dr. Dongsoo Kim, a clinical neuropsychologist at Holy Name Medical Center who practices in Englewood, says many of his patients in high school and college have social skills that don’t match their higher intelligence levels. “When they say they don’t have friends, they mean it,” he says. 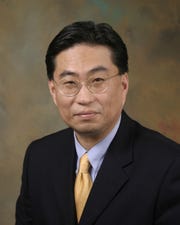 The 95 percent of teens who say they have easy access to smartphones and the 45 percent who say they're online “almost constantly” have fewer opportunities to learn from face-to-face interactions. “They don’t get to see visual social cues such as mannerisms, body language and facial expressions,” he says, or hear modulating tones of voices.

Those who start on social media at an early age are especially vulnerable to negative consequences, says Kim, because they haven’t yet developed strong control over their impulses. Some young people may become addicted to the dopamine rush they get from social validation or the gaming success they have on their phones, and want to be on them more and more. “Experts always recommend letting children's brains develop first before they get daily exposure to social media,” says Kim.

The lack of perspective that comes from experience also promotes anxiety, as message posters await critical responses on their phones and see all the apparent fun others are having, prompting the dreaded FOMO (fear of missing out). Hurt feelings can make it hard to remember that what they're seeing is a curated version of reality, and not the full picture of what goes on in their friends' day-to-day lives. 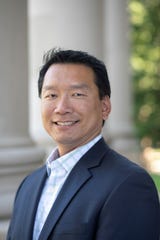 Dr. Andrew J. Lee, head of counseling and psychological services at Monmouth University in West Long Branch, says that results in a survey taken by about 650 students there were totally consistent with the national American College Health Assessment. Both found that close to 60 percent of respondents indicated they'd been "very lonely within the past year."

"Research says that our attention spans have shortened, and we get distracted easily," he says. "It's hard for students to do long-term planning and thinking about the future because everything is so immediate."

He points out that in the past, if someone were waiting in line somewhere, he'd make small talk with the next person to pass the time, but "now it's so easy to pull out that device. It's anxiety-soothing. You don't have to engage in an activity that creates anxiety for you."

Lee says that in orientation sessions and wellness programming, he talks to Monmouth students about having the courage to put down their phones and iPads and make conversation with each other.

"Talking to people and getting involved is so rewarding," he says. "There are 120 organized clubs here. If you have an interest, you can probably find people who share it."

Learning how to connect in real life

But even joining a group can be hard for those who are more shy, introverted and self-conscious — and may therefore depend more on social media for stimulation. "Before you swim, you need to tread water," says Ghinassi. "You learn to play tennis by getting on the court and practicing. This is the same as any physical skill."

Teachers in dozens of K to 12 schools, including ones in Somerset, Middlesex, Morris, Monmouth and Mercer counties, are being trained by Rutgers-UBHC professionals to help kids practice interacting with each other during school hours.

One such activity is the "sparks interview."

"We pair students up and have them interview each other regarding their 'sparks' (passions and interests) by giving them conversation starters and questions they can ask," says Suzi Millar, program manager for child and adolescent services — school-based programs at Rutgers Health-UBHC. "This gives them the opportunity to develop conversation skills and comfort speaking with another person and learning about their interests. This is also a great way to find out which students have similar interests that can be beneficial in creating friendships."

On the campuses of Rutgers University, the behavioral health care division offers group therapy sessions in its intensive outpatient programming (IOP) centers. The goal is to learn social skills by practicing them in a controlled environment. Students seeking professional help for mood disorders such as depression and anxiety can attend group sessions, either once or several times per week.

"We have open groups, and new people come in each week," says Kelly Collins, director of outpatient services at Rutgers-UBHC. "Someone might pick a topic such as how social media is impacting their lives, and we'll use cognitive behavioral therapy to help them figure out how to reduce their time on it, or sleep better because they can live with turning off their phones."

Montclair resident Katharine Diehl, 28, says that "the most meaningful social experiences I've had recently are forming a committee at my church to find lecturers and collaborating on a 'zine' with friends."

Small, manageable projects such as these are great antidotes to loneliness, she says.