Last month, First Independence Bank, headquartered in Detroit and the only African American-owned bank in the state, celebrated its 50-year anniversary.

This milestone comes at a time when the country faces not only the impact of the COVID-19 pandemic but continuing protests against police brutality and declining numbers of African American-owned banks.

First Independence Bank opened its doors three years after the 1967 rebellion in Detroit. During that time, about two dozen Detroit entrepreneurs, doctors, lawyers and educators came together to create economic stability within the community. Along with more 2,000 investors, the bank opened on May 14, 1970.

Fifty years later, the bank continues to serve the needs of its community.

Kenneth Kelly, chairman and CEO of First Independence since being appointed in 2017, said that when the bank was created, it offered services to community members who were historically excluded by banking institutions, through practices like redlining and mortgage disparities.

Kelly spoke recently about the institution's history in Detroit, the importance of offering financial services to disenfranchised communities and the good that can come out of the events happening at his time in American history.

QUESTION: What is the significance of the bank's 50-year anniversary?

ANSWER: To reach this milestone of 50 years is just another signal that the citizens of Detroit and the city of Detroit recognize the importance of this institution, and its growth toward economic development and inclusion and equality. 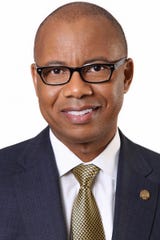 Q: Why is it important to have an African American-owned and operated bank in a city like Detroit, in Michigan, in the country?

A: If you go back through history from the Freedmen's Bank, which was started in 1865 after the Civil War, it has always been recognized in a capitalistic society that economics matter. And so having these banking institutions represent the ability to have access to capital, which has always been important when it comes to economic growth, personal and upward mobility, the ability to mortgage, and buy a home for your family, which is the first asset toward wealth creation. A financial institution like First Independence represents to the community that those who have been disenfranchised have an ability and have an ally in reaching their financial goals.

More: From 1967 to George Floyd: Detroit activists connect the dots to fight inequality 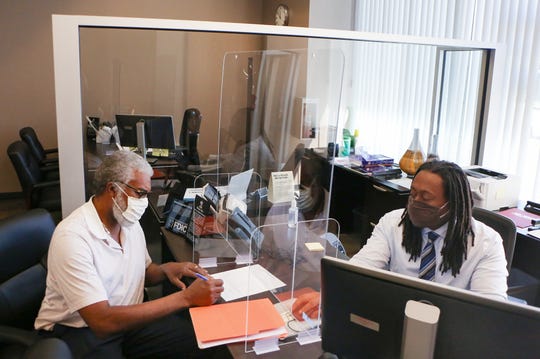 Q: Thinking about the current pandemic that has had such an impact on businesses all over the country, especially small businesses, what are some of the challenges that you've noticed that African American-owned small businesses and entrepreneurs have faced during the pandemic and how has the bank responded?

A: I will tell you, we have always known that African American-controlled businesses have a higher susceptibility to downturns in the economy. We have seen the data over and over that substantiates that. So what we attempted to do was to try to be a voice of at least echoing these resources as being available for those businesses so the impact is not as difficult for them. We have worked directly inside of the city with the Small Business Association, we've worked with the City of Detroit, we've worked with the Detroit Economic Growth Corporation on topics to be sure that those businesses were aware of those resources.

Q: As businesses begin to open in Michigan, what are some challenges that they will face and how can they weather that storm?

A: Business will not go back to normal immediately, even when the government opens back up. I think there has been a little bit of a shift in the paradigm of what's really important to many of us as individuals. And so, in an environment where we believe that we may see this pandemic resurface in the fall, I think we're going to unfortunately see people behave in that manner, which makes smaller businesses more susceptible to lower revenues. My proposal would include that individuals do the best they can to continue to support businesses that they have always supported, whether it is the nail salon or the barber shop or other small businesses. But the point I'm making is that we have to support those smaller businesses if we expect them to be able to remain open, to provide goods and services to the community.

Q: Can you talk briefly about the bank's history and how it was an outcome of '67?

A: It was basically the same issue we're dealing with today, dealing with police brutality, which led to the riots, but coming out of the riots, to the credit of many of the great citizens of Detroit, they were looking for solutions just as we are today that could demonstrate and provide more inclusion. A component of that was financial and economic empowerment. … The establishment of the bank provided multiple positive outcomes as it relates to the community who had felt excluded. One of the more positive outcomes for other financial institutions is we saw the promotion of African Americans into lending roles and leadership roles in some of the larger institutions where those jobs had not been opened before. 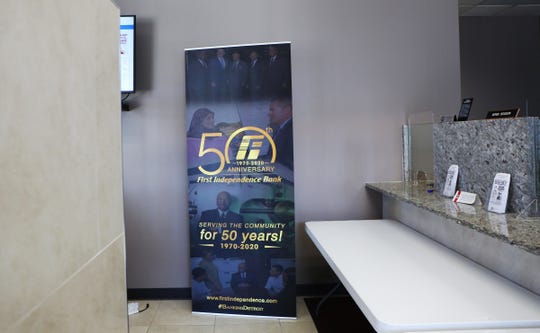 The First Independence Bank celebrates its 50 year anniversary. Headquartered in Detroit, it is the only African-American bank in the State of Michigan. The bank was born out of the 1967 Detroit unrest. (Photo: Rodney Coleman-Robinson, Detroit Free Press)

The bank's name surfaced during the corruption trial of former Detroit Mayor Kwame Kilpatrick, who banked there. The bank was fined $250,000 in 2013 for failing to properly monitor money laundering. At the time, then-U.S. Attorney Barbara McQuade said that after the deficiencies were spotted, monitoring had improved at the bank.

Q: How has the bank responded since being fined in 2013?

I think that’s something that happened in the past and we have to candidly move forward with a strong leadership team that has strong relationships at the regulatory level, with the FDIC ... and the Federal Reserve. I sit on that board on the national level with the FDIC [on the Community Bank Advisory Committee]. In addition, I currently sit on the Federal Reserve Bank of Chicago’s Community Depository Institutions Advisory Council.

Q: How does the bank embody Detroit, the fact that it is in Detroit and is headquartered here too?

A: It’s well known that Detroit has a grittiness about it that just continues to fight and fight and fight. … And so we represent, just as many Detroiters and those from Southeast Michigan, the fight, the grit to innovate and continue to grow in the midst of facing turmoil and downtrends in the economy.

Q: How does the bank tackle issues like difficulty getting mortgages and loans, access to capital, financial literacy?

A: First Independence is focused on ensuring as much inclusion as possible whether working with developers regarding financial inclusion and [trying] to ensure they have access to capital, whether that's working with the West McNichols Business Association, and knowing that its members understand the ability to get access to capital…We are currently involved with the Michigan State Housing Development Authority, looking at affordable housing for the city of Detroit.

Q: What are some of the solutions that could come out of this time in our history?

A: We need to deal with the root cause. … For the business community and my colleagues who are in business, we have to ask ourselves some real hard, thoughtful questions about the practices that we have inside of our businesses to ensure that [we] do not become these microaggressions that play themselves out, that lead to the climate that we're in now. We have seen this before, this is nothing new. We just have to figure out how to be more adamant about solving these problems going forward.

This interview and questions were edited for length.