Less than a week after the far-right group the Proud Boys were mentioned at the debate, the group's name is being taken over on Twitter by gay men.

Gay men are reclaiming #ProudBoys on Twitter after Trump encouraged the Proud Boys to "stand back and stand by" at the first presidential debate. USA TODAY

Less than a week after the far-right group the Proud Boys were mentioned at the presidential debate, the group's name is being taken over on Twitter by gay men.

During the debate last Tuesday, President Donald Trump did not condemn the "western chauvinist" men's group that the Southern Poverty Law Center says is a hate group. But on social media, many men in the LGBTQ community began sharing photos of themselves and their partners to counter the group's rhetoric.

"What if gay guys took pictures of themselves making out with each other or doing very gay things, then tagged themselves with #ProudBoys," "Star Trek" actor George Takei, who is gay, tweeted Thursday.

Many have been posting the photos using the hashtag #ProudBoys and often sharing how long they have been with their partner.

Brad and I are #ProudBoys, legally married for 12 years now. And we’re proud of all of the gay folks who have stepped up to reclaim our pride in this campaign. Our community and allies answered hate with love, and what could be better than that. pic.twitter.com/GRtSH1ijQ8

The love of my life, @MrPeteAndrew, and I are #proudboys! pic.twitter.com/zxl6SyZmHN

Me and my husband on our wedding day being #ProudBoys. pic.twitter.com/NOEbyDZdd5

My boyfriend and I are #ProudBoys. Your an amazing guy. Thanks for the love and the laughs!!!! pic.twitter.com/VYQcneBBCe

33 years together, 9 years married -- we couldn't be happier #ProudBoyspic.twitter.com/q9UbOq6AXX

Debate moderator Chris Wallace asked Trump last Tuesday whether he would condemn white supremacists and militia groups and urge them to stand down and avoid contributing to the violence. When Trump asked for a specific group, Democratic nominee Joe Biden named the Proud Boys.

"Proud Boys, stand back and stand by," Trump said.

Founded in 2016 by Vice Media co-founder Gavin McInnes, the group has since been involved in violent confrontations, and their presence during social unrest often devolves into fights and violence.

An ongoing lawsuit filed by McInnes says the law center's characterizations of him as a "'hate' figure" are "defamatory, false and misleading" as well as "purposefully deceitful."

We’ve been #ProudBoys for three years with a lifetime to go!!!#BlackProudBoyspic.twitter.com/O26UuDKlOB

#ProudBoys we will never stand back and standby! Together for 25 years with 2 amazing children. pic.twitter.com/cl9QOqcBj2

#proudboys Going strong since 2000. My husband and lil' Edward and myself living large in Daytona Beach. pic.twitter.com/JJ1O5qA9yt

Not all were supportive of the push to use the hashtag and questioned whether it was effective. Some were critical of how many using it were white gay men and note how even some members of the Proud Boys are gay.

The humor of white gays using the Proud Boys hashtag like they aren’t some of the biggest bigots on this Earth is not lost on me.

but some of those white gays are also apart of the proud boys. this is dumb https://t.co/JDGw0cfCtC

Enrique Tarrio, a Proud Boy leader, told CNN that the group was not homophobic and that he did not understand what using the hashtag was trying to accomplish.

"I think it's hysterical," Tarrio told CNN. "This isn't something that's offensive to us. It's not an insult. We aren't homophobic. We don't care who people sleep with. People think it's going to bother us. It doesn't." 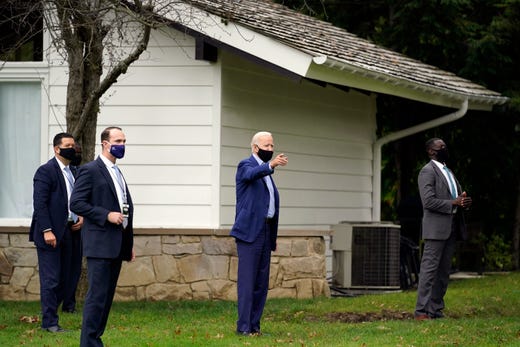 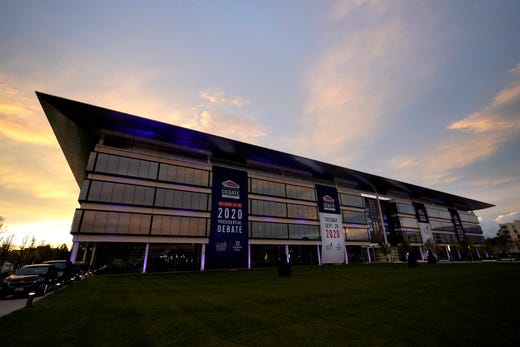 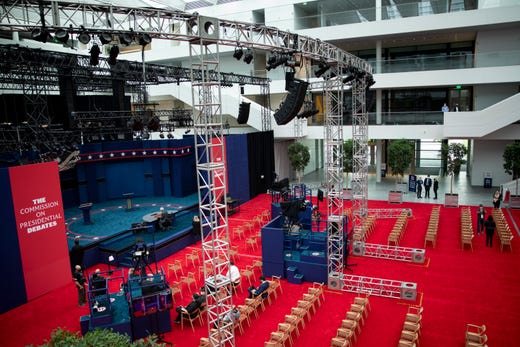 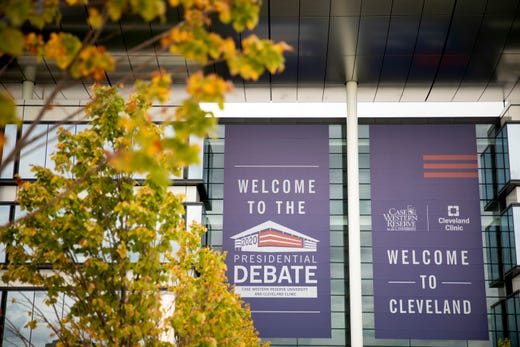 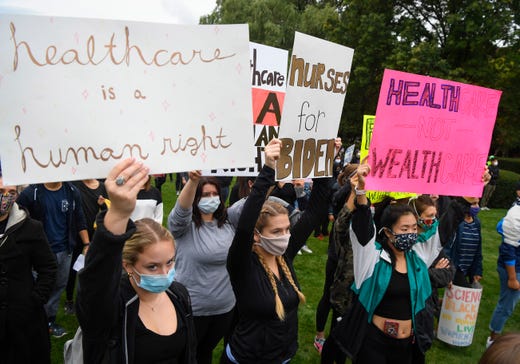 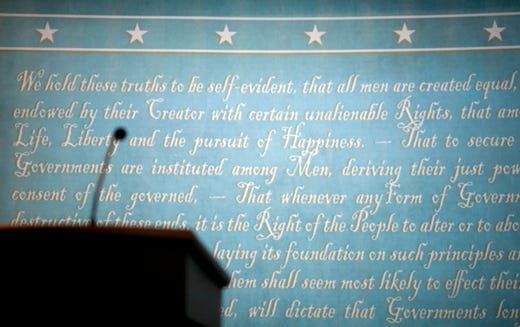 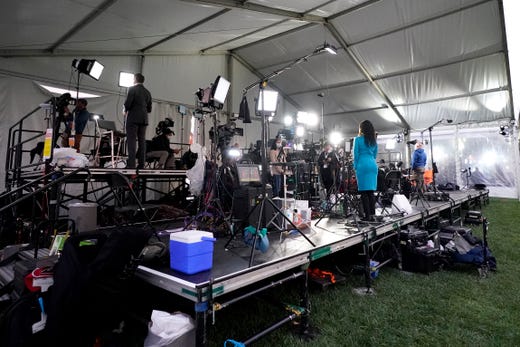 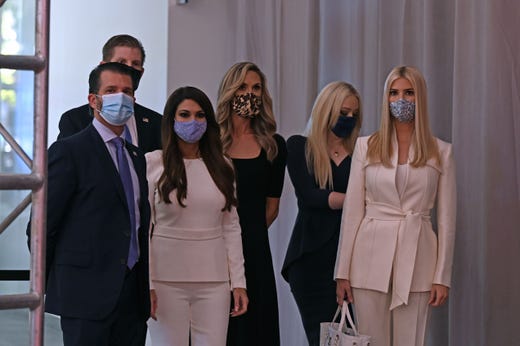 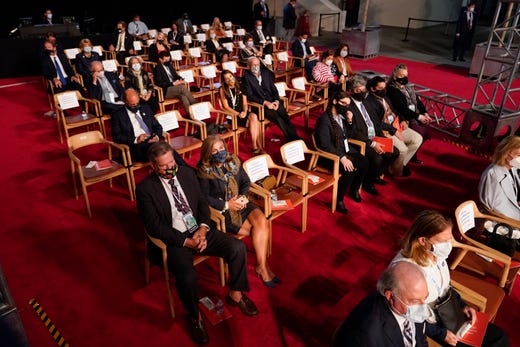 Guests for the first presidential debate were spaced out and required to wear masks. ASSOCIATED PRESS
Fullscreen 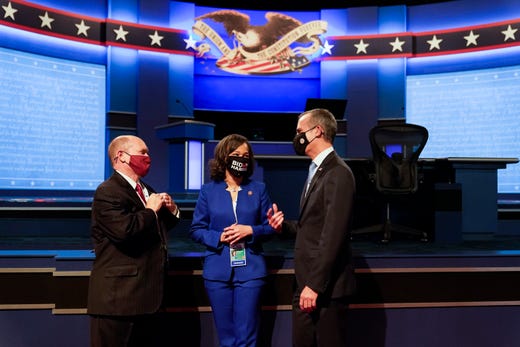 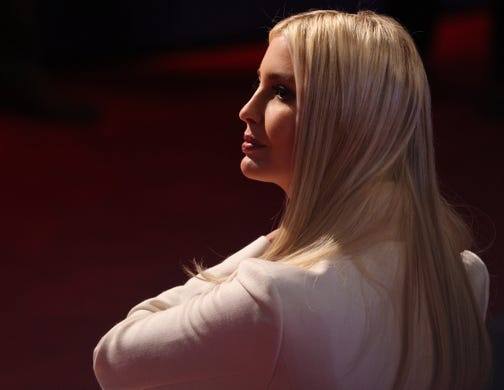 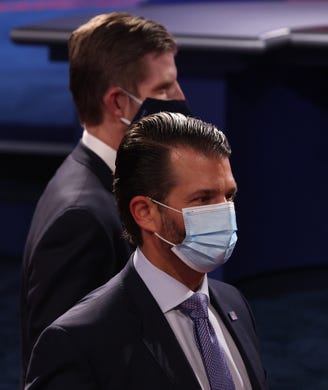 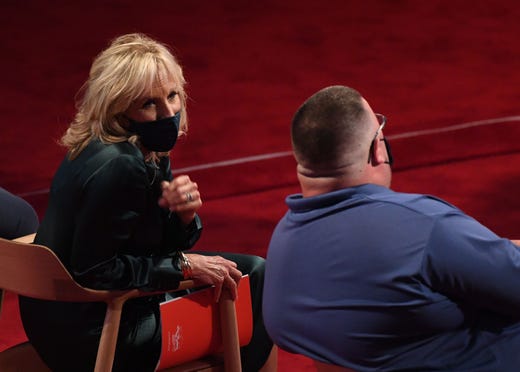 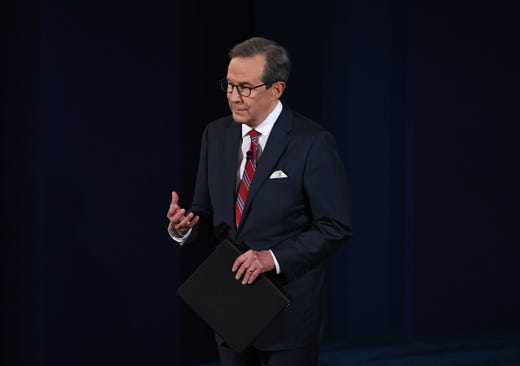 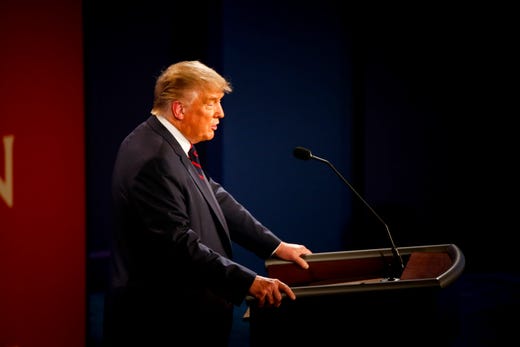 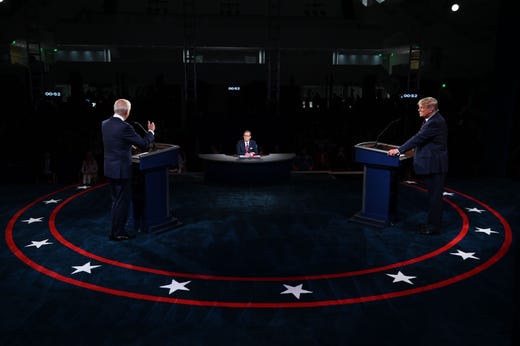 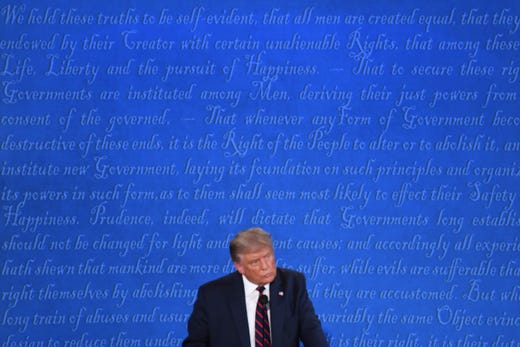 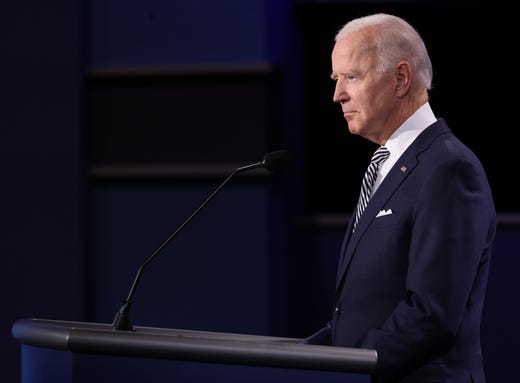 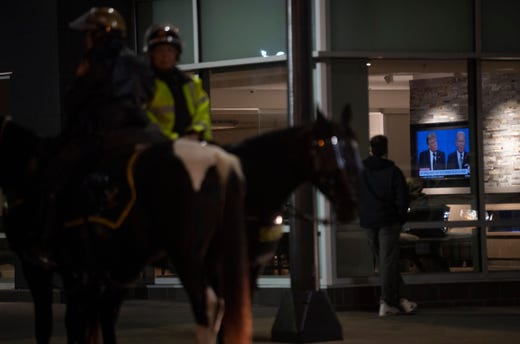 The streets just outside of the Cleveland debate site were quiet during the debate as only small groups of protesters numbering in the few dozens outside of where President Donald Trump and former Vice President Joe Biden met during the first 2020 Presidential Debate at Case Western Reserve University and Cleveland. Jack Gruber, USA TODAY NETWORK
Fullscreen 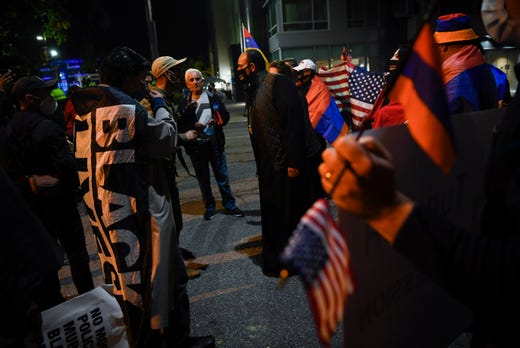