A symbolic resolution condemning Trump and rioters at the Capitol became the most controversial item on the New Jersey Senate's agenda Monday.

The New Jersey Legislature passed a resolution Monday condemning President Donald Trump for inciting a riot at the Capitol last week, despite objections from several Republicans who said the action would further political division, among other concerns.

The resolution sponsored by Sen. Ron Rice, D-Newark and chair of the Legislative Black Caucus, "condemns President Trump and his extremist supporters who were incited by the president to lawlessly attack and occupy the United States Capitol" on Jan. 6.

It urges Trump to resign or be removed "for being unfit to serve." 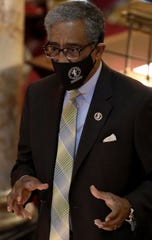 The purely symbolic and non-binding resolution drew an hour of heated debate in the Senate, moreso than any other item on the chamber's to-do list of 31 bills. Lawmakers had opened their first voting session of 2021 with a moment of silence in honor of Capitol Police Officer Brian Sicknick, a South River native killed in the attack in Washington, D.C.

The resolution passed in the Senate, 24-4, and a matching rebuke passed in the state Assembly, 47-8, with Republicans opposed and 20 lawmakers abstaining.

Story continues below the gallery 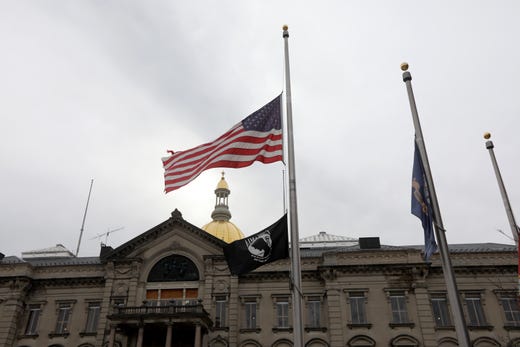 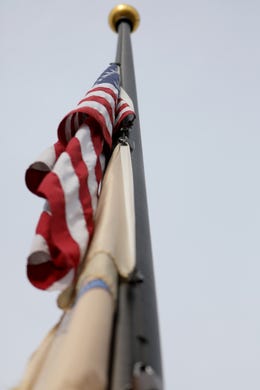 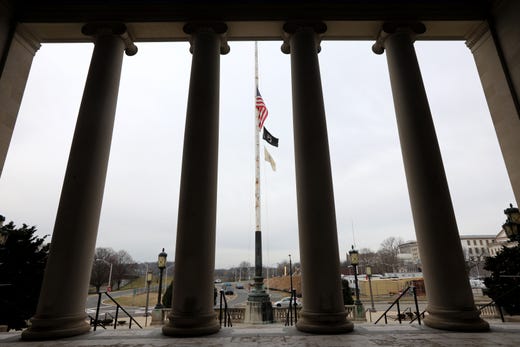 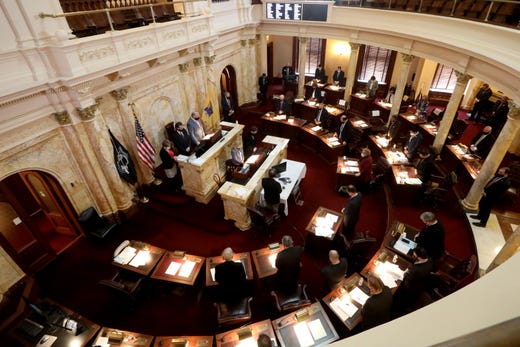 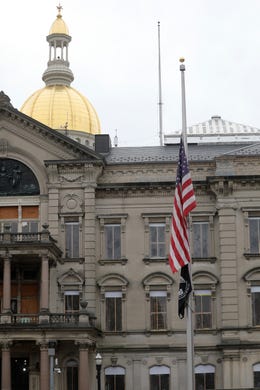 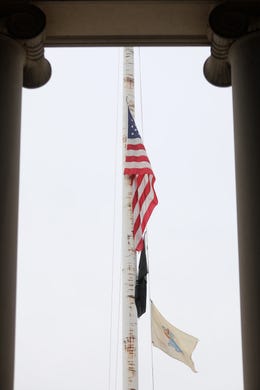 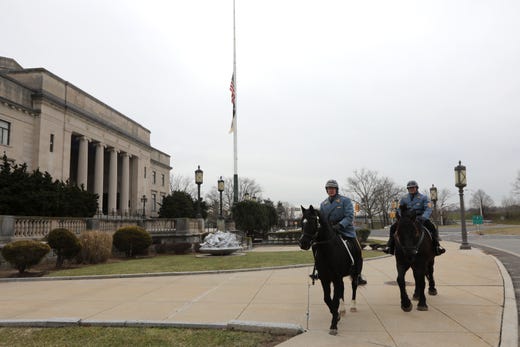 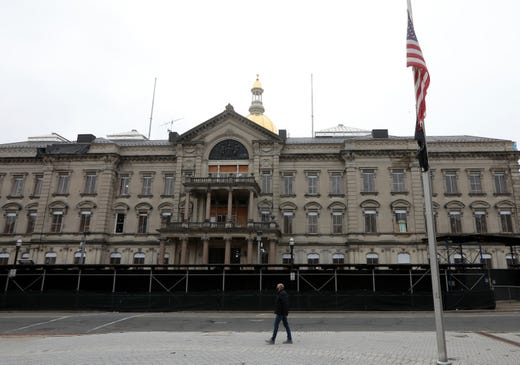 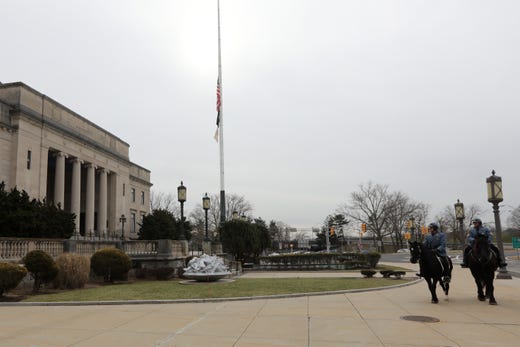 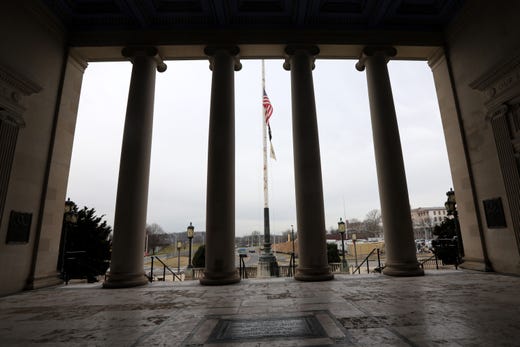 Four Republican senators voted against the resolution, refusing to condemn the president alongside the violent rioters who broke into the Capitol or saying that to pass it would further partisan division. Several others abstained from the Senate vote after saying it went too far by including the president, and not just the rioters.

Their concerns were vehemently chastised by the Senate's Democratic majority.

Sen. Mike Testa, R-Cumberland and co-chair of Trump's reelection campaign in the Garden State, said the riot was an "atrocious unlawful invasion" but that he would vote no because the resolution should condemn the rioters, not the president.

Sen. Michael J. Doherty, R-Warren, who served as a Trump delegate to the 2016 Republican National Convention, claimed Trump did not incite the violence and said "people had legitimate reasons to show up on Jan. 6," including concerns about the integrity of the November election. Trump's claims of fraud, embodied in a barrage of lawsuits filed across the country, have not been successful nor substantiated.

For subscribers: As Murphy prepares NJ State of the State address, here's what he's accomplished and what's left

Republican Senators Robert Singer, of Ocean County, and Joseph Pennacchio, of Morris County and who was also a co-chairman of Trump's reelection bid, also voted no on the resolution.

"We see this resolution ... as an attack on my president, our president," Pennacchio said.

Republican Sens. Declan O’Scanlon, of Monmouth County, and Chris Brown, of Atlantic County, joined Democrats and voted yes in support of the resolution.

Sen. Troy Singleton, D-Burlington, criticized his Republican colleagues who quibbled with the wording of the resolution. Calls for unity ring hollow when they are not joined by calls for accountability, Singleton said.

“When you don’t control the fervor and anger of a mob it goes unchecked and unvarnished and moves like a flame through a wooden house,” he said. “It is incumbent upon us to for us to say, no more.”

Stile: NJ Republicans condemn U.S. Capitol violence — but not Trump, who incited it

And Senate Majority Leader Loretta Weinberg, D-Bergen, vented frustration with the Republicans' attempts to minimize Trump’s behavior through a string of “whataboutism” arguments.

Pennacchio had suggested lawmakers were hypocrites for not condemning past attacks on high-profile Republicans, and others complained that groups aligned with the left were never rebuked by the Legislature.

"Stand up, condemn the action," Weinberg urged, her voice rising in emotion. "This was an insurrection. It was a wound to our democracy. If we can’t do that, we are failing the people of New Jersey.”