Could the parents of LGBTQ kids decide the presidential election? Advocates say yes.

Field organizers are hitting the ground in swing states to target millions of "equality voters."

Could the parents of LGBTQ kids decide the presidential election? Advocates say yes.

LGBTQ rights have come a long way in the U.S. But the community still faces threats in the form of legalization, discrimination and even violence. USA TODAY

This story was published in partnership with The 19th, a nonprofit, nonpartisan newsroom reporting on gender, politics and policy.

LGBTQ voters are becoming an increasingly key constituency for presidential candidates. On Super Tuesday, 10% of voters identified as queer, a marked jump from the 6% recorded in the 2018 midterms. But it isn’t just queer voters that LGBTQ rights groups want to activate in November. 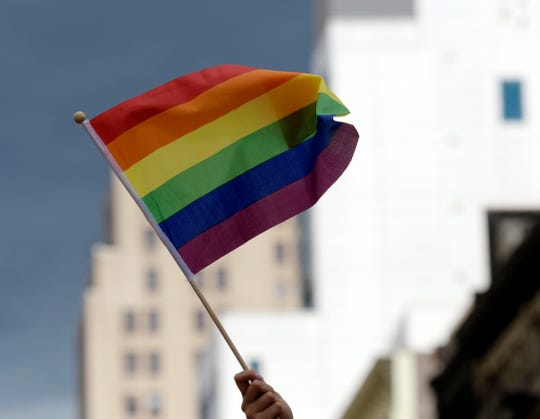 Advocates are targeting “equality voters,” or people who will likely back candidates that are supportive of LGBTQ rights and vote against candidates who aren’t. Those voters — 57 million people, according to the Human Rights Campaign — could make or break the presidential election, activists say.

“It’s somebody who, front of mind, is considering not only how their vote will impact themselves or their own community, but also LGBTQ people, people of color, immigrants, women and other people who have been marginalized and under attack for the last three and a half years,” said Geoff Wetrosky, campaign director for the Human Rights Campaign.

To get a sense of how powerful this voting bloc is, consider this: White Evangelical voters made up 26% of the electorate in the 2018 midterms. Equality voters accounted for 29% of the electorate, according to Human Rights Campaign data. In swing states, the organization says it’s aiming to connect with 2.9 million suburban women, a constituency that polling shows is turning on President Donald Trump.

The organization says equality voters trend young (30% are younger than 35) and are often people of color (48%). Most significantly, 60% of them are women.

The Human Rights Campaign and progressive voter database company Catalist developed the equality voter model in 2016. For decades, LGBTQ field organizers had been phone banking and knocking on doors across the nation in support of policies like marriage equality, anti-discrimination protections and conversion therapy bans. That left the Human Rights Campaign with a substantial amount of voter intel.

“We were at a point in time, really for the first time in history, where we could organize, not just self-identified LGBTQ people, but our allies as well,” said Wetrosky. “That’s important because LGBTQ people, by and large, vote in much higher numbers than the general public.”

Catalist combined decades of data stored from campaigns with public voter files and ranked voters on a score of 0-100, giving voters who backed candidates with pro-equality records higher scores. Those with a score of 70 and above were labeled equality voters. The label also includes LGBTQ people themselves — 11 million queer voters out of the 57 million total.

Lucas Acosta, national press secretary for the Human Rights Campaign, describes equality voters as “me, but also my mom.”

Westrosky said many equality voters will be people who have gay or transgender friends or family members. But in 2020, many are simply people who see LGBTQ rights as human rights.

Marsha Sheppard of Madison, Wisconsin, said she votes for pro-equality candidates as a rebuke to the hypocrisy of her childhood church in Minnesota, which taught love and acceptance but shunned gay people. She’s voting for Joe Biden and Kamala Harris, in part, because they have much stronger records on LGBTQ rights than Trump, she said.

“(Trump) said when he was a candidate he was for LGBTQ rights, and yet he’s trying to kick transgender people out of the armed services,” Sheppard said.

LGBTQ rights: Georgia church is the first in the US to split from United Methodist Church on LGBT issues

Like Sheppard, Andy Lucich of Phoenix doesn’t vote for LGBTQ rights in support of family members or close friends.

“I’m 36, obviously I live in a very diverse place in the center of Phoenix, and I see all types of different people,” Lucich said. “I just cannot get around the idea that you’re a bad person if you’re anti-LGBTQ.”

Lucich and Sheppard live in key states that the Human Rights Campaign plans to target through November. Of the 57 million equality voters identified by Catalist, 10.2 million live in Arizona, Michigan, Nevada, Ohio, Pennsylvania, Texas and Wisconsin.

The organization has sent 90 field organizers out to those seven states and another 70 to other states. Additionally, the group has identified 3.4 million voters who don’t consistently vote. Organizers will do everything they can to get those people to the polls, Wetrosky said.

Although LGBTQ voters may have had more at stake in the election than the general population, and thus more motivated to vote, Wetrosky hopes that some of that bump was because his organization hired organizers in swing states.

“Really one of the important parts of having staff on the ground is that we were able to, over the course of many years, build relationships with allied organizations, elected officials, and equality voters,” he said.