Electric bus pilots in some other cities experienced range issues, partly because of extremely warm or cold temperatures.

Electric buses are coming to NJ Transit, but not soon enough for some.

A Rutgers University physician, bus riders, New Jersey residents and environmental activists told the transit agency's board at Thursday's meeting it was imperative to pledge full electrification of buses by 2040, citing health, cost and reliability issues.

"I'm a third-generation Newarker and a mother of three asthmatic children, and I stand here today because this issue of pollution emissions is an environmental justice issue," said Kim Gaddy, the environmental justice organizer for Clean Water Action. "We can't escape from the diesel fumes, we live in a diesel death zone that unfortunately causes premature deaths for so many of us who reside here."

NJ Transit, which operates more than 3,700 buses all told, announced in January it was planning to pilot an electric bus program expected to launch in mid-2021. The pilot program is being designed now to determine eight routes in Camden that will try out the agency's first battery-powered commuter vehicles. 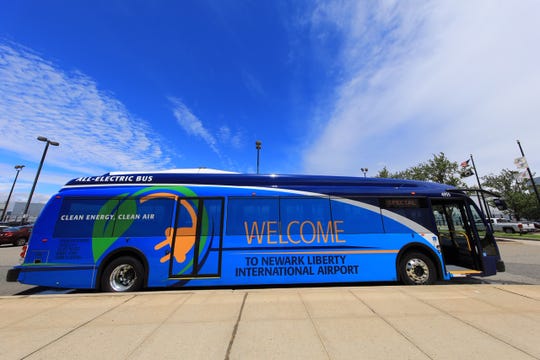 A new electric bus at Newark airport. (Photo: Submitted by the Port Authority of New York and New Jersey)

Two federal grants — one awarded in 2017 for $500,000 and another in 2018 for $1.5 million — plus $8 million from the VW settlement will be used to purchase eight zero-emission buses, install charging stations and train employees.

"It’s a very complex issue. As far as this particular year deadline, we will work within the context of the governor’s overall strategy for reducing greenhouse gas," Corbett told reporters after the meeting.

"There have been some very significant progress with electric buses around the world over the last few years, but there have been some notable failures so we want to make sure that what we do — considering we move more than half a million people a day — we want to make sure the buses that we do put in will be sustainable and reliable and carry volume."

Cities including Indianapolis, Tallahassee and Greenville, North Carolina have rolled out electric bus programs this year, and California announced last year it was requiring all public buses to be zero-emissions vehicles by 2040. But several challenges have cropped up like delivery delays, engine reliability, and range issues in which the bus battery life doesn't last as long as advertised, in large part because of extremely warm or cold temperatures. 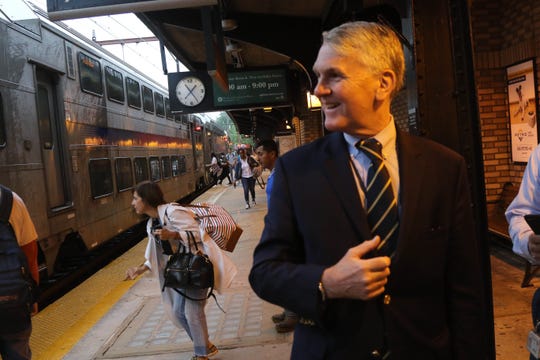 NJ Transit president and CEO Kevin Corbett on the platform at the Morristown Train Station for daily commute to his office in Newark on August 23, 2019. (Photo: Chris Pedota, NorthJersey.com-USA Today Network)

Robert Noland, director of the Alan M. Voorhees Transportation Center at Rutgers University, said launching the pilot in 2021 seemed like an "adequate" time frame to get everything in place.

"It’s nothing that can be done overnight because you have to train the staff, they have to put in charging facilities, they have to be able to maintain this system — that’s the critical thing," Noland said. "If they work in Camden they can put them elsewhere in the state … it’s a learning process."

Pam Frank, vice president of the environmental consulting group Gabel Associates, said the key to this undertaking is private-public partnerships in order to scale up the transition to charging stations, purchasing electric buses and contributing to the power grid.

"We understand this is not an easy task, but first and foremost it starts by setting goals," Frank said. "We do not expect that you would be able to accomplish this feat alone or in the way that you have traditionally gone about procuring or planning bus fleets. This is a very different proposition."

Rail: Train engineer who was fired after deadly Hoboken crash returning to work at NJ Transit