The lengthy NJ Transit board meeting included a halt on paratransit contracts as is, approvals for Penn Station repair plans and a trans-Hudson study.

One paratransit contract was tabled and another tweaked at Wednesday's NJ Transit board meeting, along with approvals for New York Penn Station redesigns, and an extension of a study for post-pandemic travel over the river.

The board meeting, which started at 9 a.m. instead of the originally scheduled 6 p.m., lasted for four-and-a-half hours. A lengthy executive session preceded a public comment period where some 70 speakers signed up to remark on issues unrelated to those on the agenda, mainly a controversial power plant.

Several people complained they were instructed to call in during the 8 o'clock morning hour and had to remain on hold for hours until the public comment period resumed in the afternoon.

Here are the other major issues raised at Wednesday's board meeting:

After concerns were raised from board members Richard Maroko and Bob Gordon, the board agreed to hold off voting on a $49 million contract with First Transit Inc. to provide paratransit services to Bergen, Hudson, Passaic and Essex counties.

The $14.9 million contract for Easton Coach Company was tweaked so that after three years it would need board approval to be extended.

This comes after state Sens. Loretta Weinberg and Steve Sweeney raised concerns late Tuesday afternoon in a press release about labor issues at First Transit and the senators' plans to pursue a pilot program that would revamp paratransit operations statewide.

The Port Authority of New York and New Jersey will fund this contract, according to the board agenda.

FX is charged with helping address systemic issues at New York Penn Station, namely that it is severely overcapacity and needs additional stairs and elevators to move more people into and out of the station. The planning will include creating a new central concourse to provide additional access points to platforms 1-6, which are primarily used by NJ Transit trains at the station that also serves Long Island Rail Road and Amtrak.

Joseph Clift, a former planning director for LIRR, told board members that the scope of FX's work should also consider extending tracks 1-4 to the West End Concourse. This would give NJ Transit trains access to an area of the new Moynihan station set to open at the end of this year, marking one phase of plans to expand Penn Station's footprint.

Board members approved an 18-month, $925,000 contract extension with AECOM to continue studying how to improve and expand travel over the Hudson River in light of the pandemic, which makes future commuting uncertain.

This work would build on a previous $625,000 study commissioned by the agency for AECOM in September to research contingency plans in anticipation of disruptive construction on the aging and crumbling train tunnels into New York Penn Station.

The results of AECOM's work that began in September were not provided.

NJ Transit CEO Kevin Corbett said that phase I work is still in draft mode and now they are renewing their focus given the anticipated impacts of coronavirus.

Among the "immediate assignments" expected in this new study phase are to analyze changing rider trends, strategies to lessen customer crowding, and work with other agencies to coordinate these efforts, according to board documents. 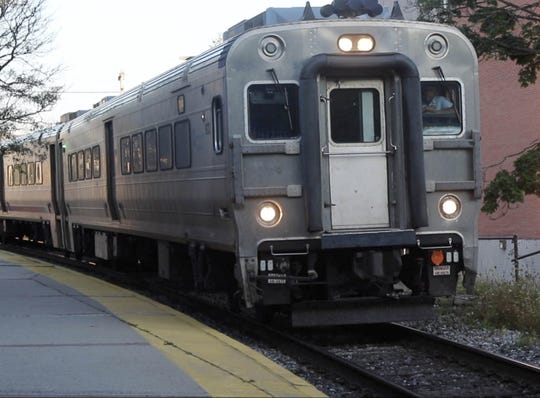 The project, which was spurred after Superstorm Sandy outages left NJ Transit at a standstill for weeks, would include a natural gas-powered local energy grid that could operate autonomously. A solar facility would also be built on the land.

Board members heard from members of the public today who were both fervently in favor and against the project.

Steve Krinsky, a retired teacher from Jersey City, said cleaner alternatives like solar should have been more highly considered.

"I’m not expert on energy sources, but I know from reading that the cost of solar has dropped dramatically in the past few years, efficiency has increased — all it takes is a quick survey of the internet to see how countries around the world are way ahead of us," Krinsky said. "I urge you to reconsider that decision."

Zoe Baldwin, who represents the Utility and Transportation Contractors Association, said the project would create jobs and provide needed resiliency for the region's transit network.

"Rail service is absolutely critical to New Jersey no matter the crisis," Baldwin said. "We must, as a state, do everything we can to protect its viability."

No update was provided on positive train control at the board meeting, despite the fact that the board said it would do so given that June 1 was the target date to complete some testing with the installed software and June 9 was the goal to send the Federal Transit Administration its required safety plan.

Board member Cedrick Fulton requested at last month's meeting that they receive more regular updates from the lead contractor, Parsons. Chairwoman Diane Gutierrez-Scaccetti agreed an update would be provided in May and then every other month until the end of the year.

Corbett, at the end of Wednesday's meeting, said June 9 is no longer a hard date but that they are still working toward these goals that month.

"The exact date in June we’re not sure of, but we’re on track to make a June date and we’re working with the FTA once we do that," Corbett said.

Ray Kenny, who headed NJ Transit's rail operations and was overseeing the installation of this automatic-braking technology, died in mid-April due to complications from coronavirus. The agency ramped up its work on positive train control in late-March as the pandemic shut down the region because with fewer trains running, it allowed more work to take place during the day and more engineer availability to test the system.

Colleen Wilson covers the Port Authority and NJ Transit for NorthJersey.com. For unlimited access to her work covering the region’s transportation systems and how they affect your commute, please subscribe or activate your digital account today.