Find out where all the Week 8 action for South Jersey football will be this weekend.

Zac Palmer-Smith rushed for a school-record 358 yards, scored 3 touchdowns, and had 8 tackles in Delran's 35-6 win over Collingswood on Friday. Cherry Hill Courier-Post

Welcome to Week 8 of the scholastic football season.

With the postseason on the horizon, things are really starting to heat up.

Here's a look at the week's best games and complete schedule:

While both teams enter the contest following losses, it doesn’t take any luster from this big showdown of Top 10 teams. Holy Spirit has dropped back-to-back games, including last week’s 28-12 loss to Woodrow Wilson, a first for the Spartans since they fell in the final two games of 2017. The team hasn’t lost three straight in a season since 2015. Winslow had its five-game winning streak snapped with a 35-27 setback to Cedar Creek, which knocked off Holy Spirit 7-6 earlier in the season. Winslow’s 234 points are among the leaders in the West Jersey Football League. The Eagles have scored 20 or more points in each of their last six games.

More: South Jersey football 3 Stars, Teams of the Week for Week 7 of the 2021 season 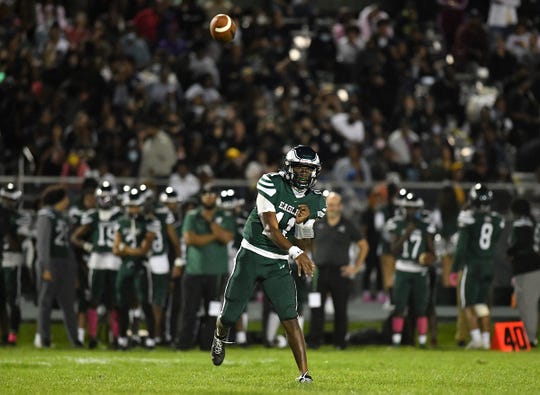 After an unexpected week off because of COVID-19 precautions, St. Augustine fired up the engine in its return to the field with a 49-6 rout at Vineland, extending its winning streak to six. The Hermits ground attack is lethal, piling up over 1,600 yards in seven games. Senior Kanye Udoh surpassed the 1,000 mark last week, becoming the seventh Hermits to accomplish the feat and the first since Kyle Dobbins in 2016. Shawnee returns to action for the first time since a 56-21 loss to Cherokee on Oct. 8. The 21 points was a season-low for Shawnee, which had averaged over 40 per game over its first five contests. St. Augustine’s talented secondary will look to handle Shawnee’s quarterback Matt Welsey, who has thrown for 1,296 yards with 10 touchdowns and rushed for another 371 yards and 12 scores. Don’t be surprised if the scoreboard operator gets plenty of work in this showdown. 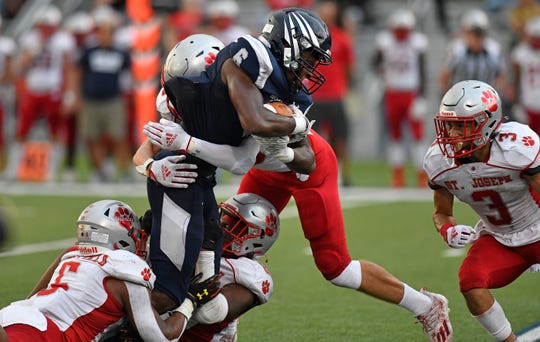 Salem County should be rocking when these two rivals meet. Since 2015, Penns Grove has a slight edge in the rivalry, winning four of the last seven meetings, including a postseason game in 2018. The Rams rebounded from their only loss of the season to Paulsboro with a convincing 30-13 victory over Haddon Heights last week. Penns Grove, led by Salem alum John Emel, snapped a two-game losing streak with a 40-6 rout of Gateway last week.

The host Pirates will look to run the table in the regular season as they close it out with a showdown against Camden. Cedar Creek has posted 273 points, which ranks third in the West Jersey Football League. Senior quarterback JC Landicini has thrown for 1,853 yards with 17 touchdowns and just two interceptions while JaQuan Howard has rushed for 888 yards and 14 touchdowns. Despite not completing either of its last two games, Camden has posted back-to-back wins over Pennsauken and Pleasantville. The Panthers’ offense has been picking up the pace in recent weeks. Quarterback Luis Ward has thrown for 13 touchdowns and 1,184 yards. 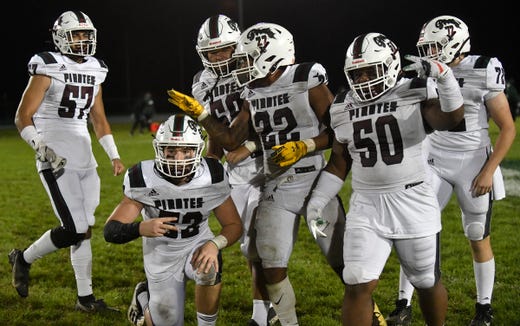 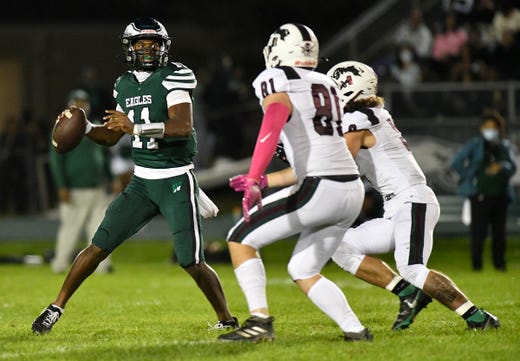 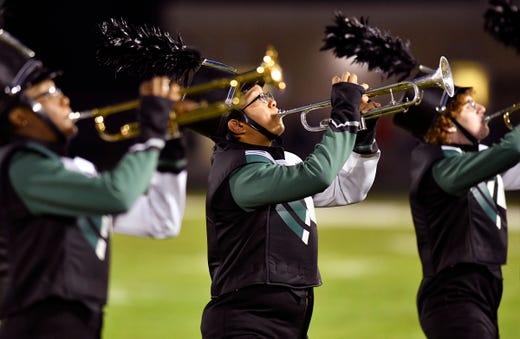 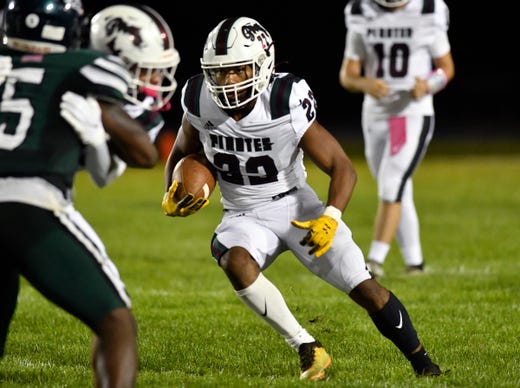 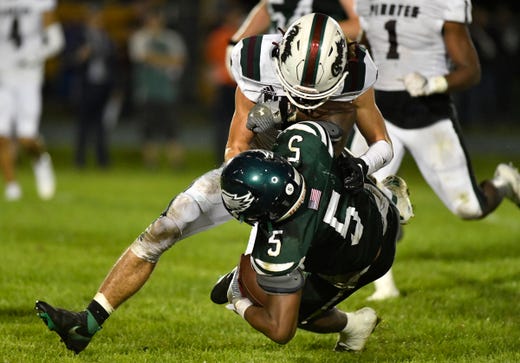 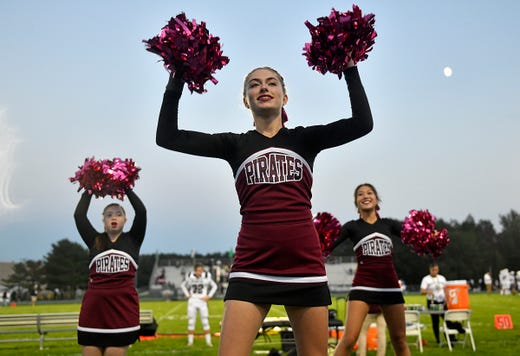 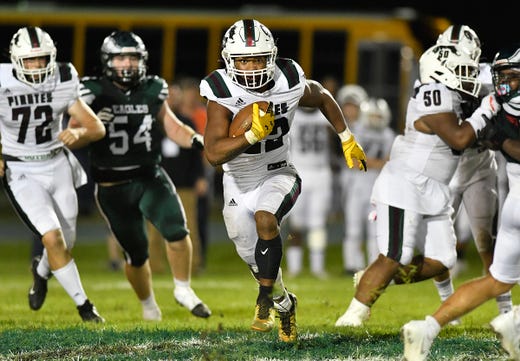 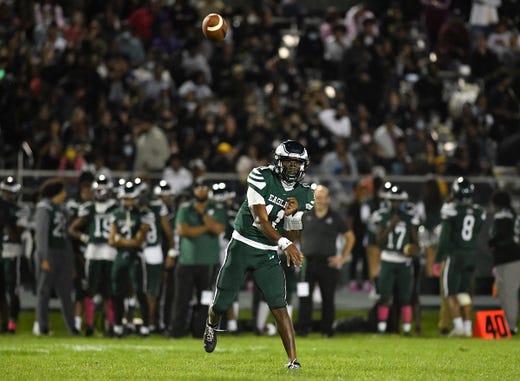 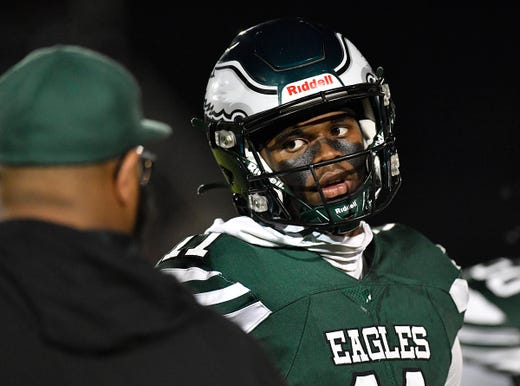 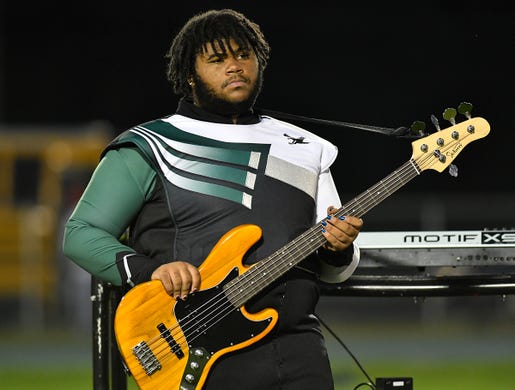 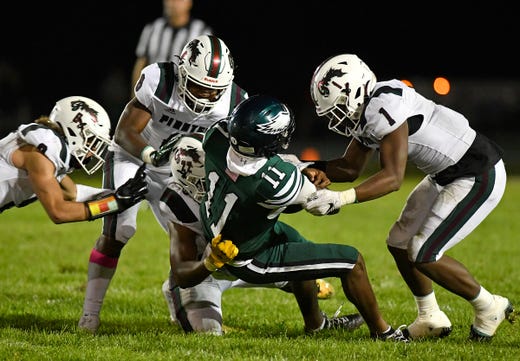 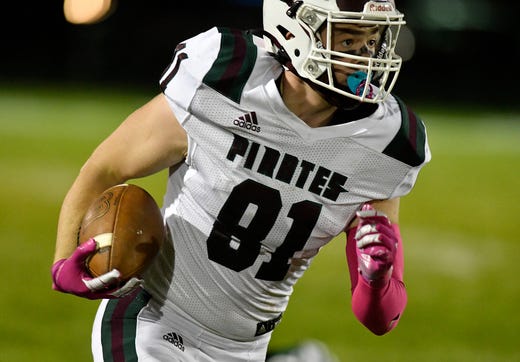 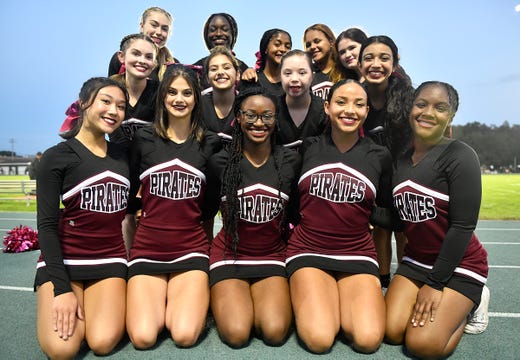 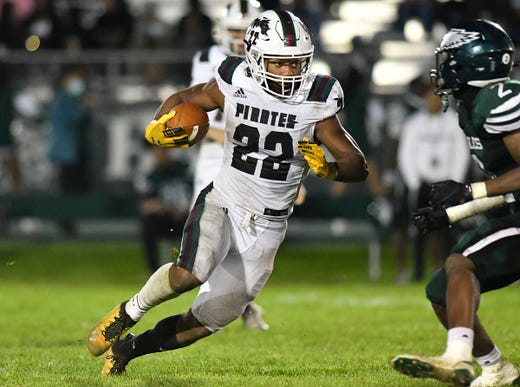 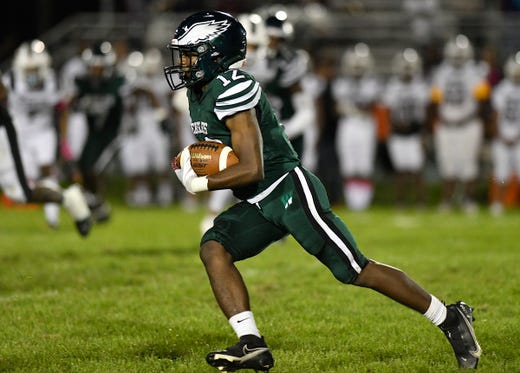 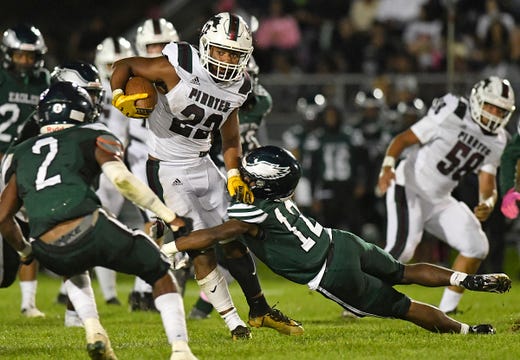 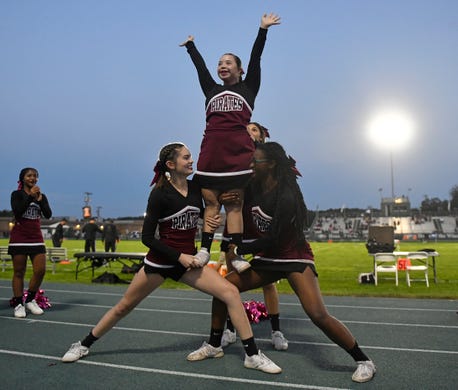 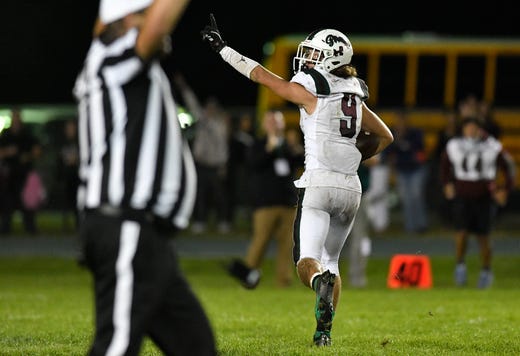 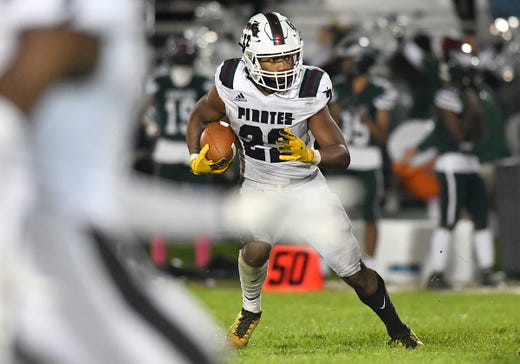 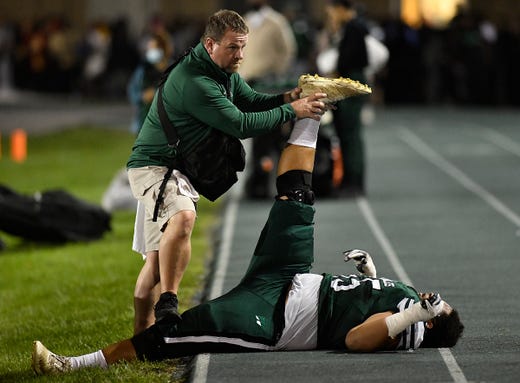 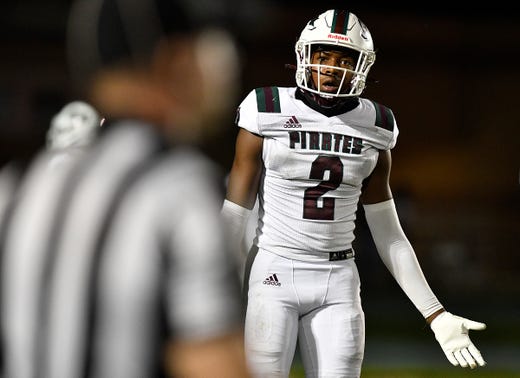 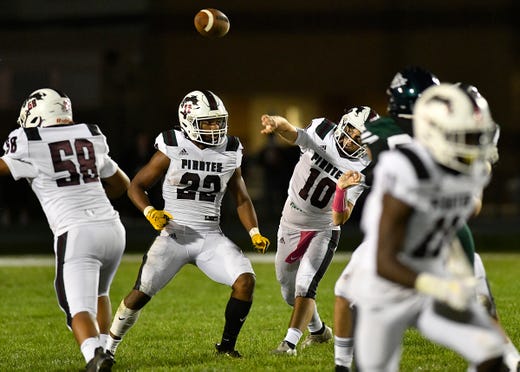 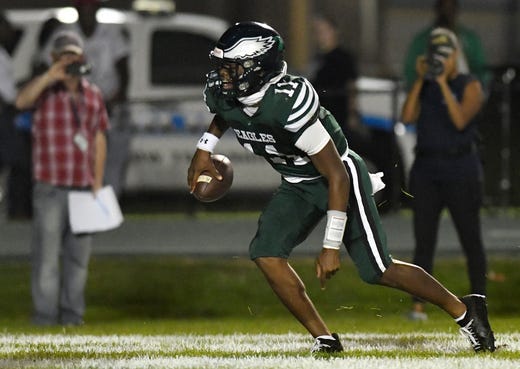 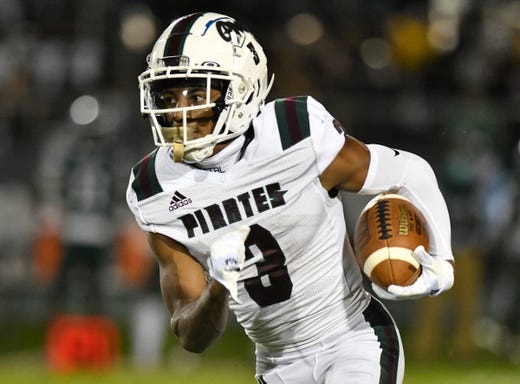 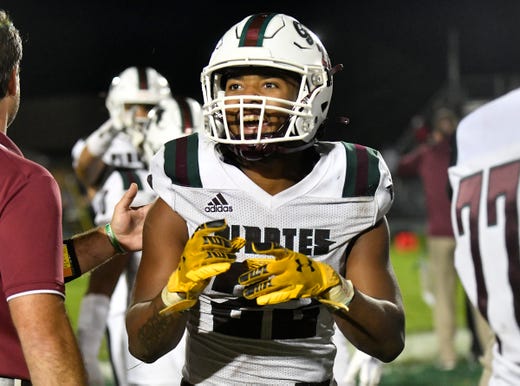 Could the South Jersey Gridiron Gang’s Game of the Week be a preview of a Group 1 playoff game? Maybe. Woodstown has worked itself into prime position for a solid seed thanks to a five-game winning streak. A win over Paulsboro would strengthen that position. Woodstown’s defense has surrendered just 14 points all season and boasts four shutouts. The Wolverines have 10 takeaways, including a team-best two interceptions by Jordan Carey, along with 13 sacks, including a team-high five by David Harvey. Sophomore running back James Hill leads a punishing ground attack with 704 yards and seven touchdowns. Paulsboro has won four in a row since a 6-0 setback to Woodbury on Sept. 3. After a week off, Big Red dealt Buena a 47-13 decision on Saturday. Paulsboro’s offense has been productive, especially senior running back Ameer Bateman, who has rushed for over seven yards a carry and owns six touchdowns. One common opponent for both teams is Penns Grove. Paulsboro nipped the Red Devils 21-10 while Woodstown earned a 42-8 win over its county rival.

A week after announcing the news of securing a deal for a new turf field at the Hammonton Recreational Complex, the Wildcats will play their first home game inside city limits since 2019 when they played at Bill Bendig Memorial Field. Saturday’s showdown with Washington Township will be played at Capella Memorial Field in Hammonton. On the field, St. Joseph is hitting its stride during a four-game winning streak, producing 42 or more points in each of the four games. St. Joseph’s defense hasn’t allowed more than seven points in any game over the stretch either. The Wildcats’ D has produced 18 takeaways, including four by Jahmeer Cartagena and three picks by Jahqir Haley. Washington Township will close out its regular season with this game before heading to the Group 5 playoffs. After stumbling to Kingsway on Oct. 1, the Minutemen have rebounded with lopsided wins over Williamstown and Eastern by a combined 75-7 count. Jo’nathan Silver is averaging 99.3 rushing yards a game and boasts nine touchdowns, including eight on the ground. 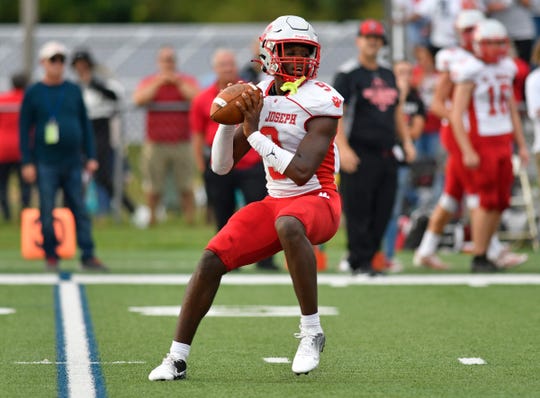 Lower Cape May at Schalick, 7

Tom McGurk is a regional sports reporter for the Courier-Post, The Daily Journal and Burlington County Times, covering South Jersey sports for over 30 years. If you have a sports story that needs to be told, contact him at (856) 486-2420 or email tmcgurk@gannett.com. Follow him on Twitter at @McGurkSports. Help support local journalism with a digital subscription.

CONNECTTWEETLINKEDINCOMMENTEMAILMORE
Share your feedback to help improve our site experience!